Singer-songwriter, actress and model Jadelyn Breier is a “triple threat artist.” A cross-genre queen, Breier is taking the music industry by storm. Debuting her stunningly epic cover of Coldplay’s “Fix You” in 2019 launched Breier’s meteoric career. With her singles “Hard” and “Disasterpiece,” Breier has captured global attention and international radio play. Based in Los Angeles, Breier has worked alongside some of the most prolific DJs, producers and studios. With the likes of Danny Olsen, SNBRN, SkinnyDip and Brandon Ray Thomas in her corner, Breier is set for a long and exciting career in the music industry.

Within one week of Breier’s empowering dance ballad “Hard” being released, she captured over 100,000 streams on Spotify alone. The track would go on to earn a placement on the streaming services highly-esteemed “New Music Friday” playlist, as well as securing a spot on Trap Nation. Breier’s effect on the music scene was also noticed by EDM.com, who named her “Best New Artist.” Authentic and positive, Breier’s stellar songwriting speaks for itself.

Beyond the music scene, Breier is a well-established model. She currently works with the likes of Rockstar Energy, Pretty Little Thing, Boutine LA, Ethika and many more. Her commercial work includes Live Nation, Drink Recover, and she has appeared as the face of KTLA news’ 12th tribe and Toyo Tires. Catching her big break on television, Breier stars as Molly in the upcoming Amazon Prime TV and Apple TV’s series, “Hidden Springs.” As Breier continues to find her footing in all four corners of the industry, a star has undoubtedly been born. 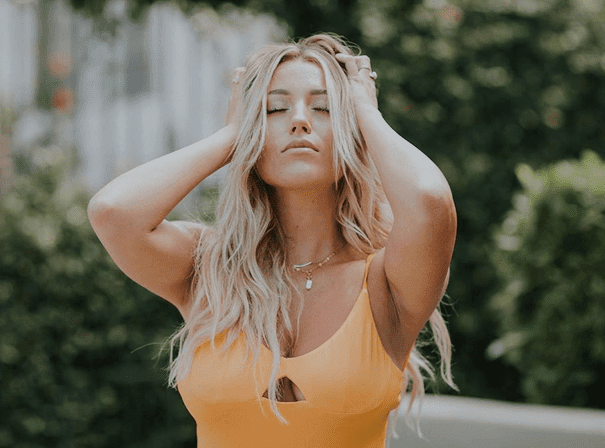