It’s not every day a professional athlete becomes a famous singer, but Jake Quickenden has done it all. In 2012, he started his semi-pro soccer career for England and auditioned for the X Factor UK. Since, he’s garnered hundreds of thousands of followers on social media, and has even explored reality television, acting, and modeling for one of London’s top agencies: MOT Models.

For soccer, Quickenden plays forward position for Ossett Town Club, but he started out Division One for the Australian team, Sunshine George Cross. During his soccer debut, he auditioned for the X Factor UK, making it to the judges houses, where he performed for Nicole Scherzinger and Ne-Yo. Two years later, he returned to the X Factor stage, resulting in a twelfth place finish.

Quickenden’s rising fame led him to celebrity reality competitions: first, he competed in I’m a Celebrity…Get Me Out of Here!, nabbing second place, and then a few years later, he was the champion of Dancing on Ice, partnered with professional figure skater, Vanessa Bauer. He’s also appeared on countless episodes of the spinoff series, I’m a Celebrity…Get Me Out of Here! NOW!, as well as competitions like Dish Up: An Easier Way to Cook and Ninja Warrior UK. Other notable appearances include recurring gigs on Lorraine, Jeremy Vine, Loose Women, and more.

Now that Quickenden’s an established artist, he’s put out two EP’s; his independent debut, I Want You, saw success with its title single, peaking at number ten on the UK Indie Breakers chart. And during coronavirus, he dropped “Quarantine Song,” which reached number eight. Additionally, he’s brought his talents to musical theater, performing national tours for Dreamboys and Hair the Musical.

Most recently, Quickenden joined the cast of the UK soap opera, Hollyoaks, debuting as semi-regular, Woody. 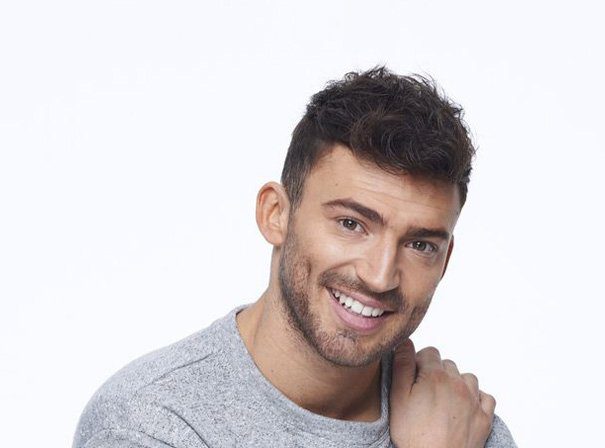