One of the top US motocross racers of the 1990’s, the legendary Jeffrey Emig competed in the AMA Motocross Championships for more than a decade. With a grand total of 37 AMA national wins during his glittering motorcycle racing career, he also won a FIM World Supercross title and was a member of the U.S. Motocross des Nations team on six occasions. Famous for his starting prowess, first corner fearlessness and supreme clutch control, Emig was inducted into the AMA Motorcycle Hall of Fame in 2004.

Emig began trail riding on motorcycles growing up with his family around his home town of Kansas City, and followed his older brother when he took up motocross. Emig showed early promise as an amateur racer, bagging four titles in Tennessee at the AMA Amateur Motocross Nationals. After joining the Kawasaki factory racing team in 1990 he clinched fifth place in the 125cc national championship, a result which earned him a contract with the Yamaha factory racing team the following year.

After sealing victory in his first AMA national race in 1992, Emig went on to earn his first AMA National Championship after winning six of the seven nationals. A dominant force in the sport throughout the 1990’s, his 1997 season was particularly impressive winning 17 of the 26 motos during that year to claim both the 250cc supercross championship and the 250cc motocross national championship.

Emig retired from the sport after a crash in May 2000, but he remains involved with the world of motocross and became an ambassador and spokesman for Husqvarna in 2016 and worked as a commentator and broadcaster for the World MotoCross GP in 2019. 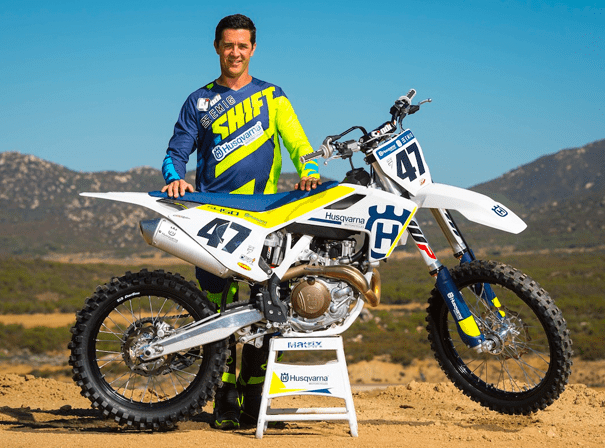