Jennifer Wayne is the beautiful granddaughter of incredible Hollywood legend, the original cowboy, John Wayne. While she never met her grandfather, Wayne has certainly inherited the trait of carving your own path, and she has made a name for herself as a wonderful singer and performer, but growing up, was also a professional tennis player and co-wrote Eric Paslay’s top 20 hit She Don’t Love You which earned her a Nashville Songwriters Association International Award.

Wayne is probably best known as one third of the hit country singing girl group Runaway June alongside fellow singers Naomi Cooke and Natalie Stovall but Wayne actually came to the group from another band, Stealing Angels. Wayne and Cooke co-founded Runaway June in 2015, with Stovall joining in 2020, and the group are currently signed to Wheelhouse Records, sister company to Broken Bow Records, with a whole host of award nominations from ACM and CMT and have been named CMT’s Next Women Of Country. The girls have quickly gained a huge following of loyal fans, and were nominated for an Academy of Country Music Award for Best New Vocal Group in 2018 after releasing their self-titled debut in the same year. The band went on to support country singing star Carrie Underwood on her Cry Pretty Tour 360 in 2019, appeared as the support act for Luke Bryan on the Proud To Be Right Here Tour in 2020, and after releasing their debut album Blue Roses in 2019, the breakout single Buy My Own Drinks which featured on the album was the first song from a female trio or group to break into the top five on the Mediabase Country Chart since 2003. 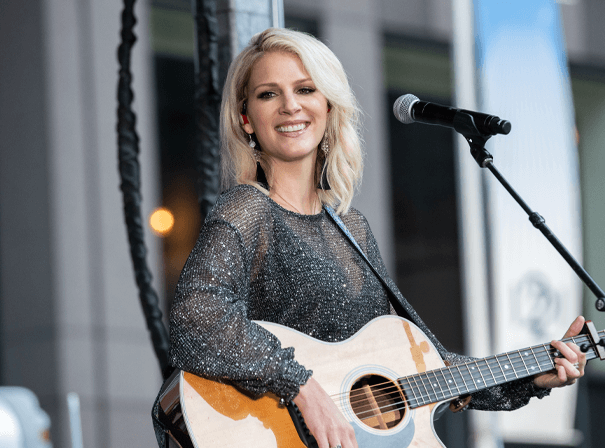