In 2011, Taft started her broadcasting career with Fox Sports. During this time in her career, she worked as a Fox Sports North sideline reporter for the Minnesota Lynx of the WNBA. Taft was promoted to the FS1 news and highlights update team in August 2013. Her first duty at FS1 was as a track reporter for a Supercross race in 2013. She also covered the 2015 FIFA Women’s World Cup for the United States women’s national soccer team as a correspondent. In 2014, Taft began her college football reporting career as part of FS1’s game coverage. Along with play-by-play commentator Gus Johnson and analyst Joel Klatt, Taft was promoted to lead college football sideline reporter in 2017. Her responsibilities at FS1 grew significantly as she covered the NFL, MLB, and the Westminster Kennel Club Dog Show.

In 2018, she filled in as a host and moderator on a number of FS1 shows. That July, Taft was revealed as the new moderator of Skip and Shannon: Undisputed, presented by Skip Bayless and Shannon Sharpe, succeeding Joy Taylor. CFB: Inside Slant, a weekly college football program presented by Taft, premiered on FS1 on September 5th. Despite her new roles at FS1, she continued to cover college football on the sidelines during the 2018 season. She worked as a sideline reporter for Fox Sports’ XFL coverage in 2020. 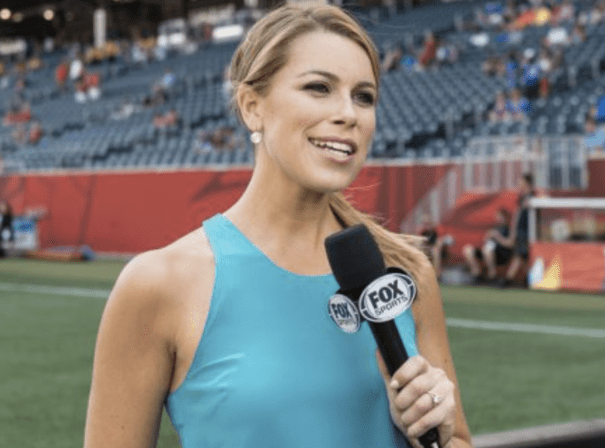