You’re unlikely to find more than 100 people throughout the entire UK who don’t hold strong feelings towards Jeremy Kyle and his self-titled ITV daytime show. An enormously successful blend of relationship counselling, life-coaching and pure entertainment, The Jeremy Kyle Show placed its host as the British counterpart to longstanding US figures like Jerry Springer, Dr Phil and Judge Judy, making him one of the most instantly recognisable personalities on British TV.

Making initial inroads into broadcasting as a radio advertising salesman, the Reading native landed his first presenting role at Taunton’s Orchard FM. Moving between Orchard, Leicester Sound, Kent’s Invicta FM and BRMN in Birmingham during the mid-to-late 90s, Kyle saw in the new millennium with a move to major player Century FM, presenting his Jezza’s Jukebox and Late & Live shows, winning a Sony Award for the latter. It wasn’t until his move to Virgin Radio in 2002 that Kyle began experimenting with addressing relationship issues of participating listeners, a successful format that paved the way for his self-titled ITV show, which first aired in 2005. The show featured many of the hallmarks of quality reality TV: human struggle; fraught emotion; confrontation; humour and cathartic moments of resolution, all steered by Kyle’s assertive on-screen presence. While deeply divisive, the show endeavored to improve its participants’ lives for good, making Kyle a TV staple and household name throughout its fourteen-year run.

Despite the show’s conclusion in 2019, Kyle’s talent for addressing human conflict and suffering continues to bring him a range of opportunities across TV, radio and print publishing, and will no doubt hold a place in the British public consciousness for many decades to come. 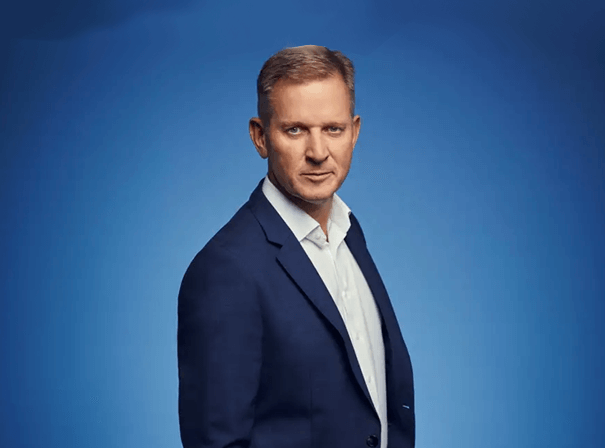