Professional English Soccer player and formidable striker Jermain Defoe commands attention on the field. Known for his sharp and offensive playing style, Defoe has made roughly six hundred professional appearances thus far and scored over two hundred goals, putting him in the top ten goal-scorers in Premier League history. On the international side, he has played for England’s Under-16, Under-18, Under-21, and primary national teams, earning ninety-five caps and scoring twenty-seven goals in total, including one at the 2010 World Cup.

Defoe began playing for official teams at the age of fourteen when he joined the youth arms at Senrab, Charlton Athletic, then West Ham United before signing to West Ham’s official team. He would eventually move on to Tottenham Hotspur, Portsmouth, Toronto FC, and Sunderland before being picked up by his current club, AFC Bournemouth. Defoe currently holds the Premier League records for the twentieth player to score at least 100 goals and the most goals scored as a substitute.

In 2013, the player founded the Jermain Defoe Foundation, geared towards helping abused children in his grandparents’ home country of St. Lucia. For his work conducted through the organization, he was appointed as an Officer of the Order of the British Empire in 2018. Though currently on loan to the Rangers, Defoe continues to deliver memorable performances, often topped off with an on-field celebration after he hits the back of the net. 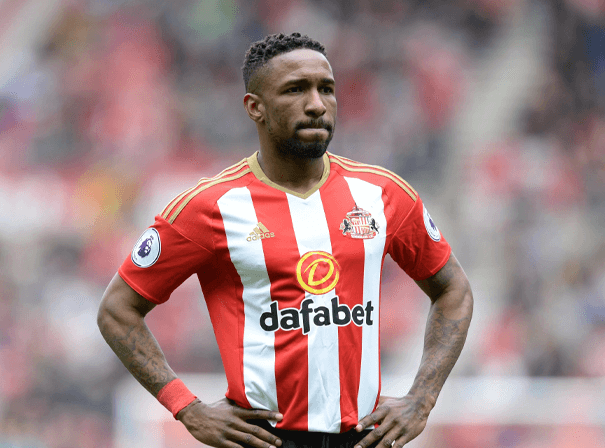