As far as success stories go, Jimmie Allen’s rise to the top is one of the best. In his own words, Allen was used to hearing the phrase “no” on his country music journey. Now a multiplatinum artist with several albums under his belt, Allen’s groundbreaking music is reaching larger and larger audiences with each new release. Known for his world firsts, including being the first black artist to launch a career with 2 number one’s on his debut album. What people most love about Allen after discovering his music is his heart for country music and his approach to innovation in a genre resistant to change.

Jimmie Allen started life in relative poverty and has even revealed he used to live in his car. Allen has taken his roots and incorporated them into his music. Allen’s songwriting is raw, from the heart and full of the folk-like poetry country music is so renowned for. Much of Allen’s fame can be traced back to his self titled EP released in 2017 to relative obscurity. The track, ‘Blue Jean Baby’ became a viral success and propelled Allen’s music to the mainstream.

In 2020 Allen released the album ‘Bettie James’ full of collaborations with some of the industry’s brightest stars. The 2021 ‘Gold Edition’ enhanced the album’s success and has seen Allen’s music gain new followings. In the words of the legend himself, “not bad for a man who used to live in his car”. 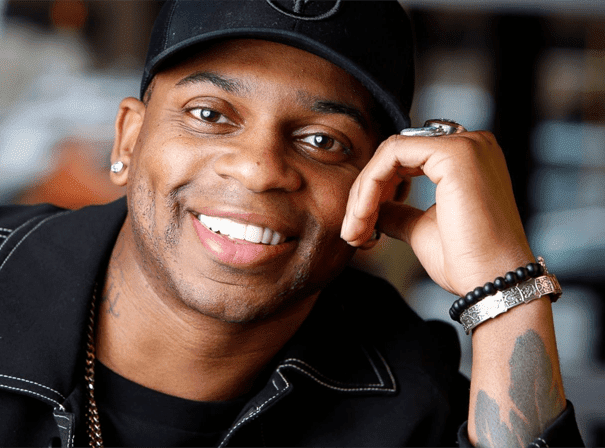