Joey Bradford is best known as the lead guitarist of the gold and platinum album selling American rock band The Used. Since signing with Reprise Records and gaining fame after the release of their self-titled debut album in 2002, the band, originally from Orem, Utah, have since released a further eight studio albums, the latest of which is Heartwork, released in 2020. Their mix of genres from emo to heavy metal to alternative rock to pop punk has earned them a loyal following from fans all around the globe. Bradford joined the band in 2018 for their ‘Live At Maida Vale’ EP and its proceeding tours, before making his writing debut on Heartwork.

Bradford began his musical journey in Southern California, playing punk rock in his parents’ garage with classmates Cove Reber, since of bands Saosin and Dead American, Kellen Asebroak of Fruition and Victor Wilson. Eager to immerse himself in rock n roll, he entered the touring world aged just 18 as a merch guy, before graduating to guitar tech and eventually becoming a full-time player. In 2006, Bradford provided vocals and bass for the Christian metal band Thieves & Liars, who released their debut album ‘When Dreams Become Reality’ on Facedown Records in 2008. He went on to work with Brandon Saller in bands Hell and Highwater and Atreyu, has played with notable art rockers Thrice and been a touring bassist for post-hardcore band A Static Lullaby, before becoming a fully signed-up member of The Used. 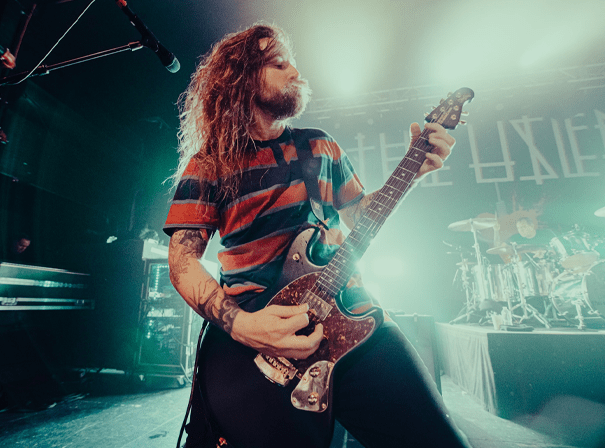