Joey Fatone became world-famous in the 1990s and 2000s as a member of boyband *NSYNC, who had massive hits with the likes of ‘It’s Gonna Be Me’, ‘Girlfriend’, ‘I Want You Back’, ‘Music of My Heart’, and ‘Bye Bye Bye’. At the heights of their fame, the group’s second album, 2000’s No Strings Attached, sold a then-record 2.4 million copies in one week. Since the group folded in 2002, Fatone has enjoyed success in television, finishing runner-up on Dancing With the Stars, hosting NBC’s The Spelling Bee, and appearing in films such as My Big Fat Greek Wedding. In 2019, he appeared on the US version of the hugely popular show The Masked Singer, disguised as a rabbit. That same year, he also began hosting Common Knowledge for the Game Show Network.

Fatone was born in Brooklyn, New York, but moved to Florida as a teenager. It was there that he made his first forays into performing, working at Universal Studios. Along with co-worker and doo-wop singer Chris Kirkpatrick,he joined what would become *NSYNC in 1995. Despite their American origins, the group released their first records in Germany, and quickly became a sensation across Europe, with their debut single, ‘I Want You Back’, hitting the UK top five. The group would go on to release four albums, all of which made the US top ten, selling over 20 million copies in the States alone.

Fatone had made his screen acting debut whilst still in *NSYNC when the band appeared in the 2000 film Longshot. As the 2000s developed, so did his television career, particularly with his success on Dancing With the Stars. Pop music fame can be highly fickle, but Fatone is one of the talented few to have maintained his success. 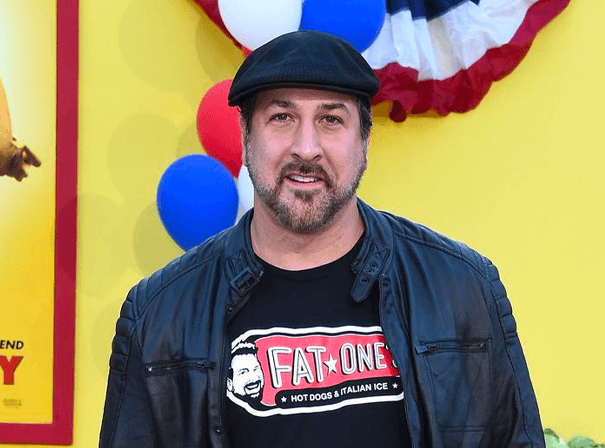