John P. Kotter is an academic, author and thought leader on the subjects of leadership, business and change, and the co-founder of Kotter International. He is an Emeritus Professor at the Harvard Business School, has written over 20 books including two overall New York Times bestsellers, and has received awards and recognitions from the likes of Bloomberg BusinessWeek, Global Gurus and Thinkers50.

After completing a Doctor of Business Administration at Harvard Business School, Kotter stayed on at the institution, joining the faculty in 1972. Nine years later he received a full professorship and tenure, and was later named the Konosuke Matsushita Professor of Leadership. In 2008, he co-founded Kotter International, a business consultancy applying his research on transformation, strategy and leadership, where he is today the Chairman.

Kotter’s books include Our Iceberg is Melting, A Sense of Urgency, Managing Your Boss, and Leading Change, which was named by Time Magazine as one of the Top 25 Most Influential Business Management Books of all time. In 2012, he received the McKinsey Award for his Harvard Business Review article Accelerate!, which was recognised as the year’s most significant contribution to the fields of business and management. He is recognised worldwide as a leading authority on change, and how organisations can achieve successful transformations. Applying his encyclopaedic knowledge of the business world, he surveys the successes and failures of the past, and explores how companies can be equipped to thrive in an era of rapid and accelerating change. 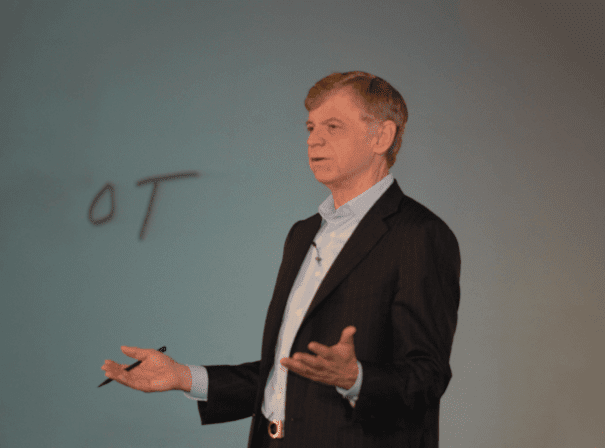