Jon Jones is widely considered one of the greatest mixed martial artists of all time who has  dominated the UFC over the last decade. Famous as an unorthodox fighter not afraid to use the divisive “oblique kick” , Jones was #1 in the UFC men’s pound-for-pound rankings in 2019, and holds the records as the youngest champion in UFC history after his victory over Maurício Rua when he was 23 years old. His other record-breaking achievements include the most consecutive title defences and the longest winning streak. Inducted into the prestigious Sherdog’s MMA Hall of Fame, he is also the first MMA fighter to represent Nike – who offered him the chance to develop his own line of shoes – and Gatorade.

Born in Rochester, New York, Jones stood out as a wrestler at high school, also playing football. After dropping out of college to kick-start his MMA career, he made his MMA debut in spring 2008. After three years of consecutive wins, Jones made his mark when he became the youngest UFC Champion  in history at the age of 23. Jones has been involved in controversies outside of the ring, but has proved time and time again that he will always come back stronger. After his 2017 suspension was lifted, he quickly defeated Alexander Gustafsson to reclaim the UFC Light Heavyweight Championship.

In 2020 Jones stated he was planning to move up to heavyweight on social media. Whatever the legendary fighter does next, he has already cemented his place among the all-time greats. 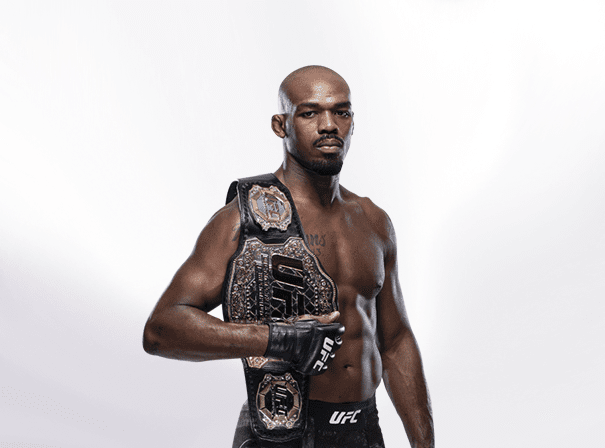