Jon Reyes is a professional scooter athlete. He is renowned as the “Flatland Innovator” for practically single-handed promotion and advancement of the flatland scooter riding sport. His dedication to establishing a new discipline within scooter riding has prompted an influx of riders from all around the world to join the trend. Reyes, who is based in New York, is known for riding flatland in front of some of the city’s most recognizable buildings, and as a result, has built a sizable social media following.

For more than 18 years, Reyes has been riding his scooter with the goal of becoming one of the best riders in the world. He has won gold in numerous tournaments and has travelled the globe to display his talent. Reyes posts daily YouTube videos while collaborating with big brands and extending his trick list. He is the founder of RideNYC, a point-of-view adventure video series that depicts the realities of riding a scooter in New York City. These editions are packed with the fastest rides, incredible tricks, and familiar characters, all based on thrill and excitement. Its accompanying website, ridenyc.store, also sells RideNYC merchandise.

Reyes now has almost 550,000 YouTube subscribers, which helps to promote not only the discipline of flatland scooter riding, but also the sport of scooter riding in general. He keeps up with his fans on Instagram, where he boasts over 350,000 followers. 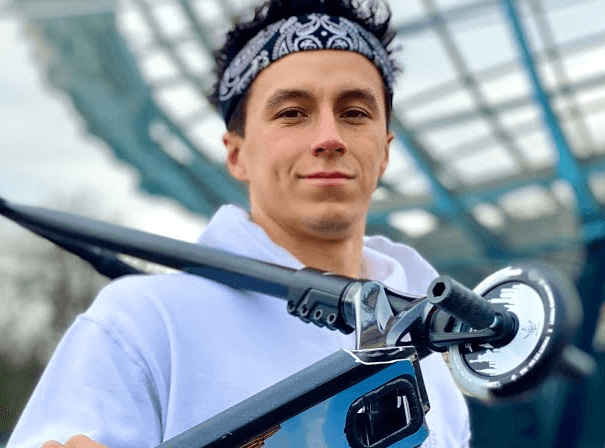