According to Celebrity Net Worth, Jordan Pundik has been credited as one of the “godfathers of punk,” since many consider his band, New Found Glory, a major contributor to the modern pop-punk sound. Pundik is a lyricist and frontman for New Found Glory, and has been for over 20 years.

Since the band’s inception in 1997, New Found Glory released three EPs and thirteen albums to date. Their self-titled album climbed to #1 on the US Heatseekers Chart. Nine years later, their album, Not Without a Fight, hit #1 on the US Indie Chart. During this time, the same founding members of New Found Glory also formed another group, International Superheroes of Hardcore, where they added an additional EP and album to their discography.

With the success of New Found Glory, Pundik and the rest of the band toured Europe, the UK, and the US alongside one of the biggest bands in punk: Green Day. Individually, Pundik’s had some high profile collaborations, lending his voice to projects for MxPx, Rancid, Box Car Racer, Relient K’s Ethan Luck, and Paramore’s Hayley Williams, to name a few. And if he wasn’t busy enough, New Found Glory also have nearly 40 video shorts on IMDB, as well as a guest-star appearance on Yo Awesome Awesome!’s Christmas special. Lastly, Pundik’s contributed to ten different soundtracks for documentaries, videogames, shows, and movies, including hilarious films like The Benchwarmers and American Pie 2. 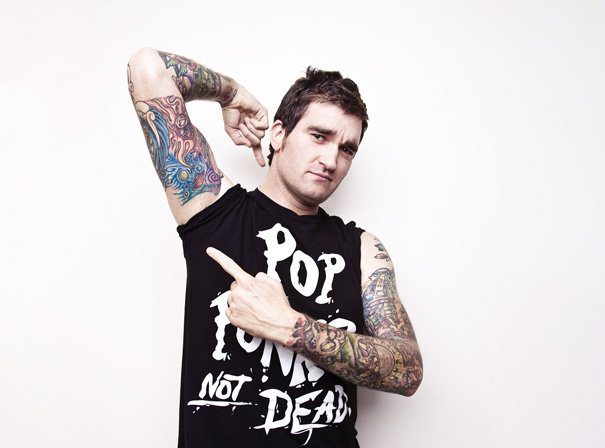