Rising star Jordan Robles is an American scooter rider who has taken the world of social media by storm. The talented young performer has already racked up more than 120,000 followers on Instagram and who have watched his impressive tricks hundreds of thousands of times. Still in his teenage years, Robles is close friends with fellow scooter riders Cole Zimmerman and Cody Flom, and appeared in Flom’s 4 Way Game of Scoot YouTube video which has been watched over 1.1 million times. His talent has seen him set the stage alight on America’s Got Talent, and he has also featured in several commercials. Robles has also collaborated with a number of leading scooter brands including Tortoise Pads, S1 Helmets, TFox Brand, Hodads restaurants, Figz and Youth Gone Wild.

Growing up in San Diego, California, Robles began riding scooters as soon as he was able to, and joined the Lucky Scooters scooter team when he was just seven years old in 2012. Since then the talented rider has been a member of Kota Inc., The Shop, Fuzion Pro Scooters and Ethic DTC.

Robles has recently begun to expand his reach across social media , posting on TikTok as well as Instagram and has already notched up thousands of likes on the video sharing platform. With skills and abilities already way beyond his years, Robles is fast becoming one of the biggest names in scooting. 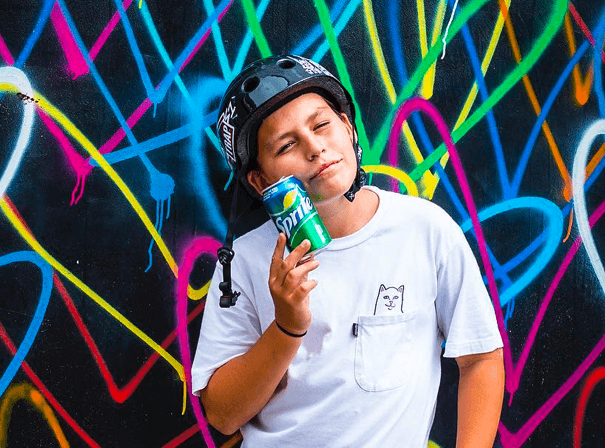