Football legend Júlio César Soares de Espíndola, better known as Júlio César, is a former Brazilian professional football goalkeeper. César played with Inter Milan for seven years, winning five Italian domestic championships, the 2009–10 UEFA Champions League, and the 2010 FIFA Club World Cup. In 2009 and 2010, he was named Serie A Goalkeeper of the Year, and he was nominated for the 2009 Ballon d’Or, finishing in 21st place. He also won the Golden Glove trophy at the 2013 Confederations Cup and was crowned UEFA Club Goalkeeper of the Year following the 2009–10 season. César represented Brazil in 87 international matches. He was a member of the FIFA World Cup teams in 2006, 2010, and 2014, as well as two Copa América competitions.

In his heyday, César was regarded as one of the best goalkeepers in the world and one of Brazil’s greatest goalkeepers ever. He was a well-rounded, commanding, and courageous goalkeeper who was known for his athleticism, strength, and quick reflexes, as well as his agility, positional sense, shot-stopping, ability to read the game, and speed when rushing off his line. Despite his relatively average height for a goalkeeper, standing at 1.87 meters, he also stood out for his ability to collect crosses and command his box effectively. He was a left-footed goalkeeper recognized for his ball skills and distribution as well as his penalty-saving talents. César retired from football in 2018 after playing his final match for Flamengo, his boyhood club. Follow him on Twitter @ojuliocesar_12. 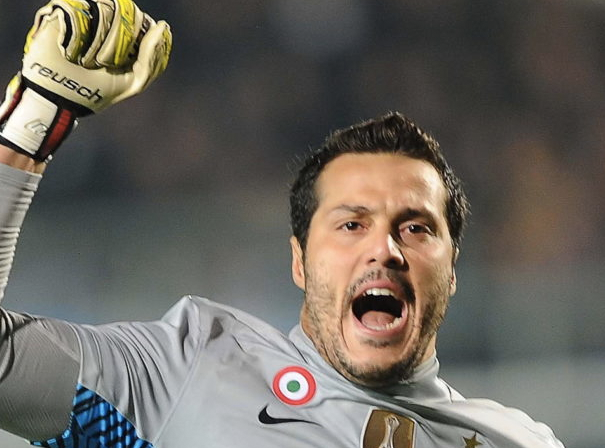