Kate Micucci is an American actress, singer,songwriter, and comedian. Some may know Micucci for her voice as she has voicedcharacters in both the Lego Batman andScooby Doo! franchises. Her voice canalso be heard singing as one half of the comedy-folk duo Garfunkel and Oates oron her own solo musical work. In 2009 she was named the #1 Woman in Comedy byG4TV.

Micucci’s acting career began on an episode ofMalcom in the Middle in 2006. She appeared on several shows throughout themid-2000’s before gaining a recurring role on the hit show Scrubs in 2009 as Stephanie Gooch. The next year she also joinedthe cast of Raising Hope. Micucci hashad recurring roles on other hit shows like Til’Death and Big Bang Theory. Infilm Micucci has appeared on screen in movies like When In Rome and The LittleHours. Micucci’s voice acting career has seen her voice iconic characterslike Clayface and Velma Dinkley. She has been on the voice cast for movies andtelevision including Rio 2, Motor City, and Teenage Mutant Ninja Turtles.

In addition to her onscreen and voice actingroles, Micucci has had musical career both as a solo act and as a part of theduo Garfunkel and Oates with Riki Lindhome. The duo has released 3 studioalbums, all of which have reached the top 5 on the US Comedy charts. The groupalso had a television show which ran for eight episodes on IFC in 2014.

Currently Micucci is involved with 5television shows, including StevenUniverse, DuckTales, and Unkitty!as a voice actress. She is also onboard for both a film and television show asVelma Dinkley in Scooby Doo! 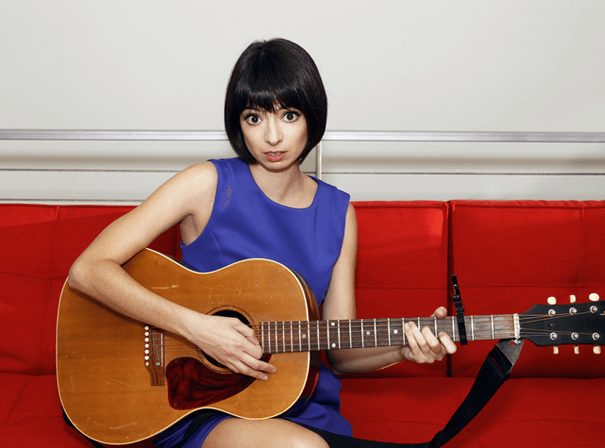