Katie George is a sportscaster for the ACC Network and ESPN in the United States. She was a three-time all-conference volleyball player at the University of Louisville and Miss Kentucky USA in 2015 before beginning her broadcasting career.

After being named Miss Kentucky USA 2015, George began her pageant career. She was given the opportunity to represent Kentucky in Miss USA 2015 as the state titleholder. On July 12, 2015, the tournament was held at Raising Cane’s River Center Arena in Baton Rouge, Louisiana. George made it to the semifinals as a member of the top fifteen, then won the fan vote to move up to the top eleven. Olivia Jordan of Oklahoma took first place in the competition. In Miss USA 2015, George competed against Brooke Fletcher, another future sportscaster.

After anointing Kyle Hornback as her successor, George finished her reign the next year.
After earning her bachelor’s degree in 2015, she began her career as a sportscaster, working as a reporter for WDRB, a local station in Louisville, Kentucky. She then went on to cover the Milwaukee Bucks for Fox Sports Wisconsin during the 2018–19 NBA season, before joining the new ACC Network in 2019. She also worked for ESPN as a college football reporter. George keeps up with her fans on Instagram @_katiegeorge_, where she boasts over 45,000 followers. 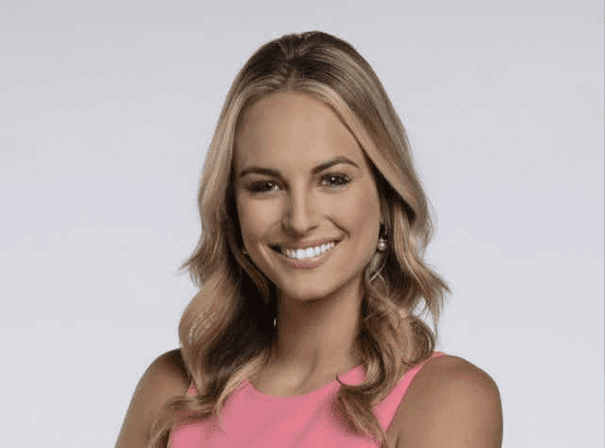