Katie Sowers is the assistant coach for the Football team, San Francisco 49ers. She began working for them in 2017 after leaving the Women’s Football Alliance behind, swapping playing the game for coaching it.
During her football career, Sowers played for two teams, the West Michigan Mayhem team during her time studying, and then the Kansas City Titans. She was forced to leave the game behind in 2016 after an injury, but her passion for the game led her straight back to coaching so that she could continue to be affiliated with the sport.
Sowers worked her way quickly up through the ranks to make it as the offensive assistant in 2019 for her current team. She helped lead them to victory in the NFC Championship in her very first season working with them.
Sowers proudly stands for women’s rights, often celebrating women’s sporting feats on Instagram when much of the world is determined to overlook them. She was actually hired as part of a diversity initiative, but it helped her get her position as an NFL coach. She is also the first openly gay coach to have gone to the Super Bowl, and the first female coach there too. Her open, honest and forward-thinking attitude has gained her a large fanbase and she now has over a hundred and seventy thousand followers on Instagram. She also has a Cameo account where she offers personalized chats and videos, with all proceeds going to charity. 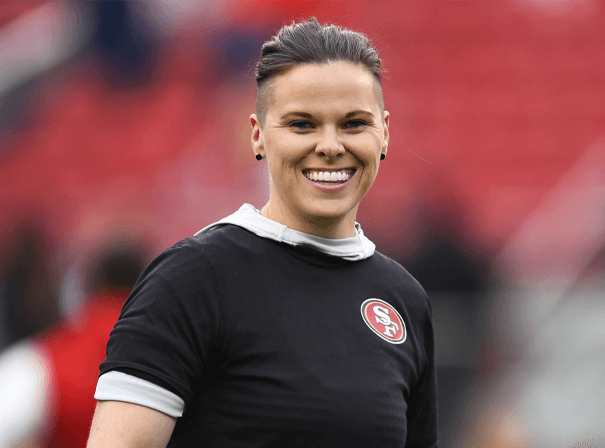