Prior to her career as an expert commentator, England-born Kelly Smith was taking the world of professional football by storm. Considered one of the greatest female players to ever step onto a field, Smith scored a record-breaking forty-six goals for England at the international level over the course of a hundred and seventeen appearances and represented Great Britain at the London Olympics in 2012.

Her honours include four Women’s Premier League Championships, three FA Cups, one UEFA Women’s Cup, one Premier League, two Community Shields and the 2009 Cyrus Cup. She has also been appointed a Member of the Order of the British Empire for her contributions to modern football.

Smith’s career began with the Seton Hall Pirates, where she played as a college student. In her first season, she secured the titles Offensive Player of the Year and Newcomer of the Year – a first for any athlete in any sport.

She was also the first non-basketball player in the school’s history to have her jersey number retired. Signing to the Wembley Ladies in 1994, the forward would go on to play for Arsenal, the New Jersey Lady Stallions, Philadelphia Charge, the New Jersey Wildcats, and Boston Breakers before returning to Arsenal where she would eventually retire. Interest in her playing ability never waned throughout her entire career, and fans were ecstatic as she continued to break records as recently as 2010.

Smith currently works as a TV pundit and serves as a brand ambassador for Barclays, Butlin’s, and Nike while consistently advocating for women in sport. Fans can keep up with her frequent media appearances through her active social media channels. 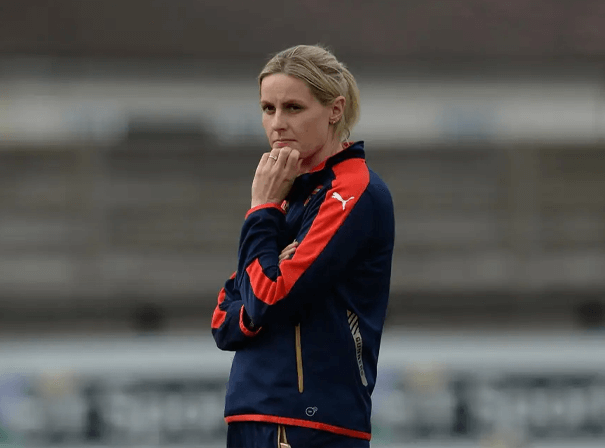