During Kendall Gill’s fifteen years in the NBA, he met the record for most steals in a game, achieving eleven steals for the New Jersey Nets against the Miami Heat in 1999. And he’s yet to be superseded. Today, Gill still stays close to the sport, working as a basketball analyst for NBC Sports Chicago.

Gill’s success started at the University of Illinois-Urbana Champaign: in 1989, he was awarded the Kenny Battle Leadership Award and received honorable mentions from both All-Big Ten and All American. By his senior year, he was the highest scoring player in all of the Big Ten schools, in the top ten scorers in school history, and the NCAA Slam Dunk Champion, leading his school to name him “University of Illinois Athlete of the Year.” Following his streak in the NBA, his university honored his jersey, elected him to their All-Century team, and subsequently inducted him to their Hall of Fame.

Upon graduation, Gill was drafted by the Charlotte Hornets and was placed on the NBA All-Rookie First Team. Swarm and Sting credited Gill as an integral player in bringing the Hornets to their playoffs debut. It seems the Hornets agree, given they placed him on the Charlotte Hornets 30th Anniversary Team. After the Hornets, Gill would go on to play for six more teams, ending his career with the Milwaukee Bucks, nearly playing 1,000 games over the course of fifteen seasons (five of which, he made it to the playoffs).

Since his retirement, Gill performs analysis for both pregame and postgame shows. In the past, he’s worked with Comcast SportsNet Chicago, but is now seen with NBC. Other TV appearances including featuring on an episode of Spike’s Pros vs. Joes and Nickelodeon’s My Brother and Me. 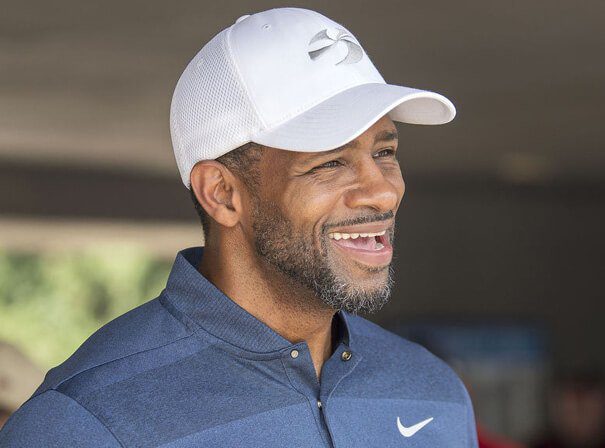