Kenny Cunningham, nicknamed “King Kenny” by fans at his old club Birmingham City, is a former Irish Soccerer, famous for playing for various English teams including Millwall, Wimbledon, Birmingham City and Sunderland, appearing more than 500 times in the Soccer League and Premier League. He also played at international level for the Republic of Ireland, and was named as team captain after the 2002 FIFA World Cup.

Born in Dublin, Cunningham signed a contract with Millwall in 1989 when he was 18 years old. After several trial appearances for the team, Millwall offered him a further two-year contract and he went on to make 136 league appearances for the side in total. Wimbledon signed Cunningham and team mate Jon Goodman in 1994, paying £1.3 million for both players.

Cunningham played over 250 league games for the club before he moved on to newly promoted Birmingham in 2002, trading his usual right back position for centre back and forming a legendary partnership with Matthew Upson. Manager Steve Bruce described Cunningham as the best defender in the Premiership at the start of the 2003-4 season. The following years saw Cunningham move to Sunderland where he was made captain by manager Roy Keane. Cunningham also earned an impressive 72 caps for the Republic of Ireland national Soccer team, his leadership skills making him an obvious choice for captain of the side in 2002.

Since retiring from the pitch, Cunningham has successfully worked as a pundit, covering Republic of Ireland matches for Sky Sports and the League of Ireland for RTÉ Sport. He has also successfully begun a coaching career, guiding Nuneaton Town to promotion in his first year at the club. 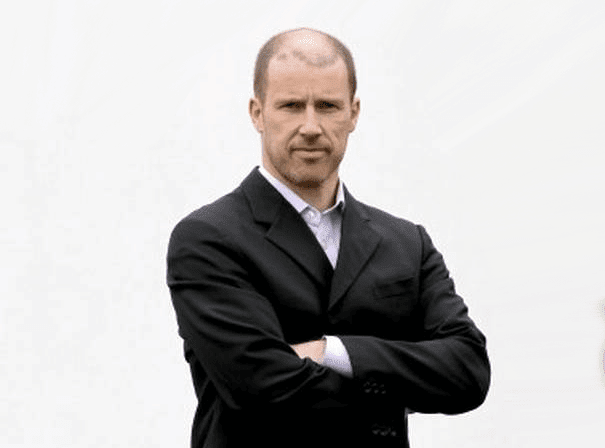