Former California highway patrol office Sergeant Kevin Briggs, AKA the Guardian of the Golden Gate Bridge is known for his efforts in suicide prevention.

Having spent much of his career as a highway patrol officer, patrolling San Francisco’s Golden Gate Bridge, Briggs through his unwavering compassion changed the minds of over 200 individuals wanting to jump from the bridge and end their lives. Briggs’ efforts to convince so many people to come back over the bridge’s rails and give life a second chance went on to earn him the nickname Guardian of the Golden Gate Bridge. Widely honoured for his work, Briggs has received several prestigious accolades including the ASIS International Outstanding Officer Award, American Foundation for Suicide Prevention Public Service Award, the California State Senate Resolution for Public Service, the Jefferson Award for Public Service, the Heroes Award, given by the Northern California Association of Public Safety Communications Officials International and a Visionary Leadership Award from the National Council for Behavioural Health.

After 23 years of service, Briggs has since retired and dedicated his life to Pivotal Points, an organisation founded by Briggs to promote the improvement of mental health awareness around the world, as well as suicide prevention, crisis management and leadership skills. As a highly regarded keynote speaker, Briggs has spoken at mental health conferences, consumer events and law enforcement training sessions, including that of the FBI. Speaking not only on the suicide prevention experiences he encountered on the bridge, Briggs also touches on his own life experiences, during his time in the Army, as a police officer and cancer survivor. Briggs’ unique and heart-warming story has been featured in the media around the globe, including People Magazine, Men’s Health Magazine and The New Yorker. 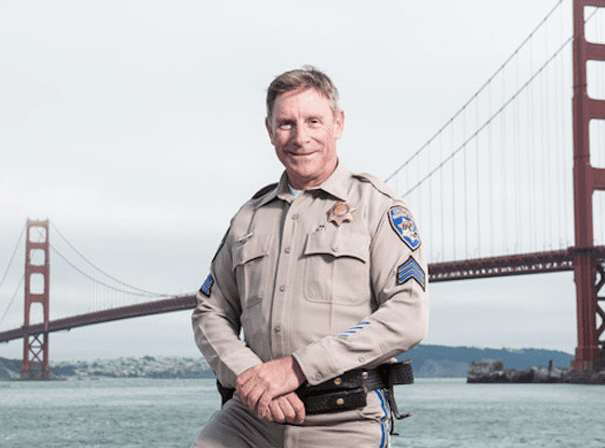