Kevin Muscat is a former professional Soccer player who represented Australia and played numerous teams both in the United Kingdom in the Premiership and Championship and in Australia’s top-tier A-league. Muscat was born in the town of Crawley, England, in 1973, despite this, he made is professional debut for the Australian team the Sunshine George Cross before moving to the Australian Institute for Sports where his impressive performances earnt him the accolade of Victorian Junior Player of the year. He continued to have spells at various Australian teams until he made his move to the Championship playing for Crystal Palace after being bought for a fee of £35,000. He was also part of the teams roster when they earnt themselves promotion to the top-tier Premier League.

Following promotion to the Premiership, Muscat made his move to then First Division side Wolverhampton Wanders or ‘Wolves’. He would then go on to enjoy a five year tenure at Wolves before making his move to Scotland to play for SPL team Rangers. Kevin made his return to Australia in 2005 to play for Melbourne Victory. He would remain there until his retirement from Soccer in 2011. During the last two years of his career at Melbourne Victory, Muscat took up the role of assistant manager at the club. He took over as full coach of the team in 2013 where he remains to this day. 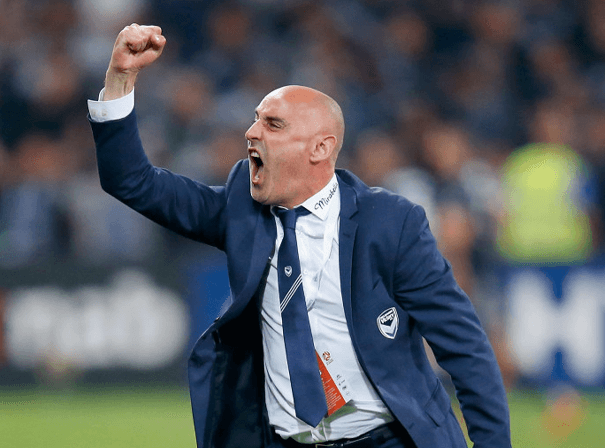