Kylie Strom is the fantastic talented lady best known for her fancy footwork with a Soccer- she is an American professional soccer player, and is a current defender for the Spanish Primera Division club Atletico Madrid. Not only is she a player of international renown, she also had the honour of representing her country in 2014 as a member of the U23 National Team.

Strom began her career in the sport at college, playing for Boston University from 2010 to 2013, and during her time with the college received several awards for her wonderful skill on the playing field. Not only did she help her team achieve the America Eat All-Rookie Team award, the AE All-Championship Team in 2010 and an America East All-Conference First Team award the following year, but was also named a NSCAA All-Region Second Team Member, and NSCAA All-Mid-Atlantic Second Team Member in 2013. A truly international player, after briefly playing for FFC Frankfurt II in Germany, Strom settled back in her native US with the Boston Breakers in 2016, before moving on once more to Sparta Prague the following year. Together with Strom, the team went on to win their first Czech First Division title in five years, as well as the ninth Czech Women’s Cup and she was voted as a Most Valuable Player Of The Cup Final, Sparta’s best player of the season and as a Personality of the Czech First Division. The following season, she was again voted Sparta’s Best Player Of The Season, before moving on to Atletico Madrid in 2019. 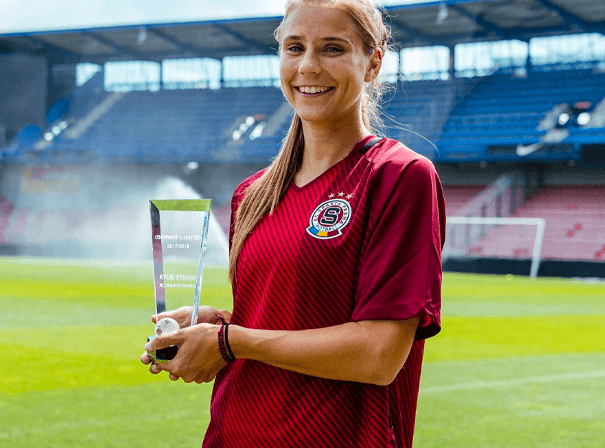