Young gymnast Laney Madsen first established herself as one of the all-time greatest cheerleaders. She was World Champion, a two-time Junior World Champion, seven-time National Champion, and regular Junior All-American. Watching the 2012 Olympics inspired a change of career, and Madsen switched to artistic gymnastics. Aged 13, she was the first gymnast with no previous experience to invited to train at Team USA’s National Training Centre in Houston, Texas. Aged 16, she qualified as an International Senior Elite Gymnast. Although raised in Germany and raised in America, Madsen has represented Bulgaria internationally since 2018—that being the birthplace of her mother.

Madsen was born in March 2001 in the German city of Darmstadt, where her father was stationed with the US military. When she was eight, the family relocated to California. By that time, Madsen was already establishing herself as a young cheerleader of note. Having taken up the sport aged just six, within a year she was competing in national and European competitions. In 2014, she took part in her first World Championships.

By that time, however, Madsen had been wowed watching the grace and power of the artistic gymnasts at the 2012 London Olympics. Inspired to one day compete at the Olympics, she began training, taking part in her first tournament in January 2015. An injury meant she missed what would have been her first World Championships for Bulgaria, but she competed at the world and European championships in 2019. Her real dream, though, is to compete at the 2021 Olympics in Tokyo. 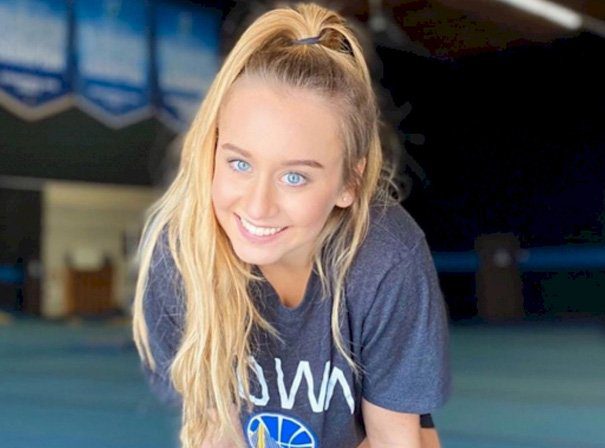