Laura Dern is a highly decorated American actress with a star on the Hollywood Walk of Fame. The recipient of numerous accolades, her trophy closet holds four Golden Globe Awards and a Primetime Emmy Award, and she’s been nominated for two Academy Awards. Dern is best known for her portrayal of Dr Ellie Sattler in the blockbuster hit Jurassic Park and as Sandy Williams in the iconic Blue Velvet.

Dern quickly found fame after starring in David Lynch’s 1986 classic. The film received widespread critical acclaim and paved the way for further success: her portrayal of Rose in the 1991 film Rambling Rose resulted in a nomination for an Academy Award for Best Actress, and the following year she won a Golden Globe Award for Best Actress for the film Afterburn. Soon after, Dern received international recognition for her portrayal of Dr. Ellie Sattler in Steven Spielberg’s 1993 film Jurassic Park.

Dern has since starred in numerous films, including Damaged Care, We Don’t Live Here Anymore, Happy Endings, and The Prize Winner of Defiance, Ohio before teaming up with David Lynch once more, this time for Inland Empire. In 2014 she appeared in Wild, a performance that earned her a nomination for an Academy Award for Best Supporting Actress.
Dern continues to enjoy a successful acting career. In 2017, she was cast alongside Reese Witherspoon in the HBO series Big Little Lies, and her portrayal of Renata Klein has since led to a Primetime Emmy Award. That same year, Dern also appeared in David Lynch’s revival of Twin Peaks. Most recently, Dern starred alongside Meryl Streep and Emma Watson in the film adaptation of Little Women. 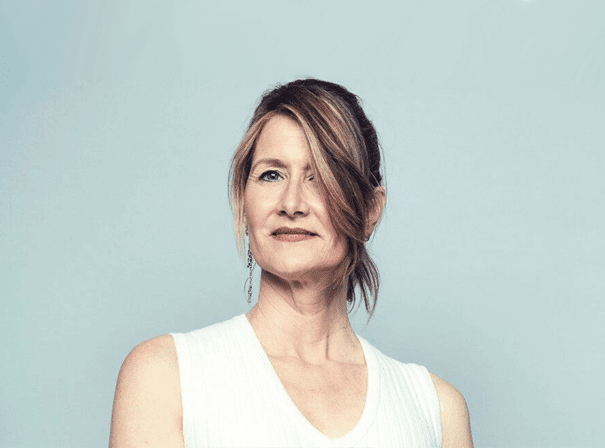