Dominating the scene from an early age, Leah Pruett is one of the most well known names in the world of drag racing. Joining the NHRA Jr. Dragster program – Pruett swept up her competition and earned herself a whopping 37 trophies between the age of 8 and 16, also becoming the first woman to run in the 5-second in a Nostalgia Funny Car, which she built with her father who, as a former Salt Flats record holder, guided Pruett into the ways of the drag scene. Pruett followed in her fathers footsteps and broke the record for the fastest Nostalgia nitro Funny Car as the first to exceed 250mph.

Pruett was quicky noticed by all the right people, particularly Roger Burgess, owner of the Pro Mod team who invited her to move to Atlanta to race for his R2B2 racing operation- where she quickly won three national events before joining Dote Racing in the Top Fuel ranks, and even when finishing half of the 24 race schedule still managed to secure a respectable 15th place. 2018 was a great year for Pruett, competing in the full seven-event Factory Stock Showdown whilst balancing her involvement in the 24-race NHRA Mello Yello Drag series. Pruett also took the 2018 SAM Tech NHRA Factory Stock Showdown Series, and she was by no means done, Pruett was also the first driver to make a seven second pass. Pruett continued to amaze during 2018 as the only professional driver to contend for two world titles in the 2018 season. 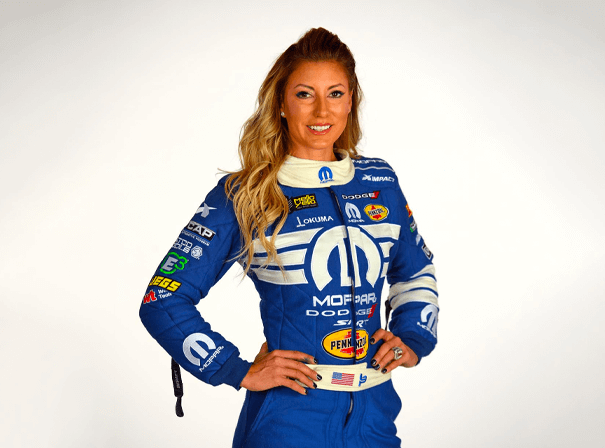