Lee Sharpe was a famous Soccerer that enjoyed a stellar career on the pitch as well as off it.Following retiring from the game in 2004, he went onto become an excellent television pundit as well as reality television star.Sharpe is most fondly remembered for his career with Manchester United. He signed for the Red Devils from Torquay United in 1998, and went on to make 193 appearances for the club and scored 21 goals.

During his time with United he won a host of accolades; both as part of being the team and individually. He won the PFA Young Player of the Year award in 1991, and achieved almost every success there was. Sharpe won three Premier League titles, two FA Cups, one League Cup and one European Cup Winners’ Cup.

The winger however moved on in the summer of 1996 and joined Leeds United. Unfortunately, injuries took their toll and his playing time was severely disrupted. He was loaned out to Sampdoria and Bradford City, before being signed by the latter of the clubs in 1999. He made 47 appearances and scored two goals during his three-year stay.

He later moved to Exeter City, Grindavik and Garforth Town before retiring in 2004.Since retiring, Sharpe has enjoyed a career away from Soccer. He spent time acting in Coronation Street, as well as appearing on Celebrity Love Island and Celebrity Wrestling. He also appeared onMatch of the Day 2 and Soccer Focus throughout the first two years of his retirement. 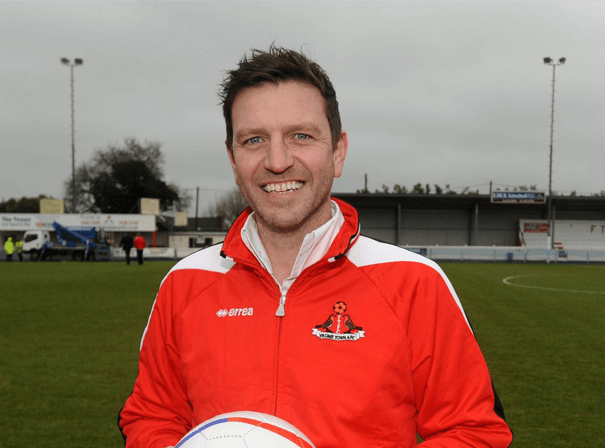