Leisha Hailey is an American actress and musician who is best known for her iconic role of Alice Pieszecki in the Showtime Networks series The L Word and The L Word: Generation Q. The L Word franchise is a long running Showtime series which features intertwining stories about the lives of a group of LGBTQ women in Los Angeles, and the scandals they get into. Hailey’s role as Alice was particularly beloved for her tenacity and deliciously melodramatic relationship with Dana Fairbanks; the character of Alice Peiszecki made it into the prestigious Top 50 favourite female TV characters list on AfterEllen.

Hailey is also known for her work in music, coming to the public eye at a young age in the pop duo The Murmurs, which was later renamed Gush, a duo so successful as to even appear in various feature films – such as Some Girl, which won an award presented by the Los Angeles Independent Film Festival. Hailey continued her enigmatic music career as part of the band Uh Huh Her. Uh Huh Her has toured extensively and has released several well acclaimed albums – with tracks like Explode being featured on television series The Carmilla Movie and various other tracks being used on The Secret Circle. The actor and musician has also started her own record label, Marfa Records, which has released records from artists such as Amy Cook.

Hailey is a fervent believer of championing underrepresented voices, and this dates back from her very first television feature: as an extra on Ellen DeGeneres’ coming out episode on Ellen. She now works on this passion by producing podcasts, such as PANTS, with fellow The L Word star Kate Moennig, who has featured guests such as the screenwriter behind Netflix’s multi Emmy Award winning show Dead To Me, and being featured on The Bottomless Brunch at Colman’s – with Colman Domingo of Fear The Walking Dead. 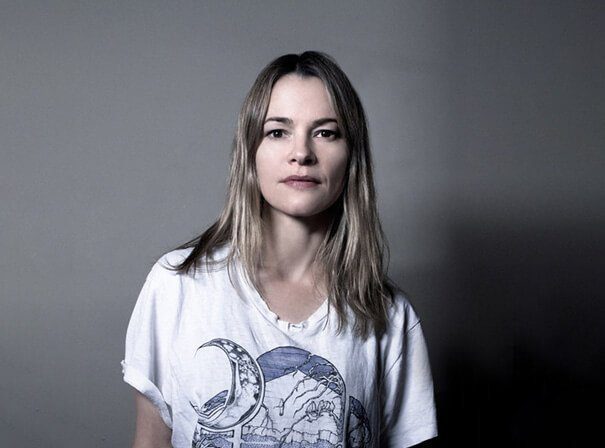