The beautiful green-eyed and amazingly tattooed singer-songwriter and alternative model, Elena Cataraga, aka Lena Scissorhands, is best known for being the lead vocalist of the Moldovan Nu metal band, Infected Rain. She is also a hair and make-up artist.

Born and raised in Chisinau, Moldova, Lena Scissorhands went on to study at the Sapienza University of Rome, and then later moved to Las Vegas. She fell in love with alternative music when she was a teenager and soon developed a crush for metal. She started the band Infected Rain with fellow musicians Vidick and DJ Kapa in 2008, having never sung before. Her musical career took off and she learned a lot very quickly about performing, though not without a lot of pain to her voice. She eventually took professional singing lessons in New York with voice coach Melissa Cross, who taught her to sing without hurting herself.

The metal goddess Lena Scissorhands is prolific on social media, regularly connecting with her diehard fans and admirers via Facebook and Instagram, posting pictures and videos of her life both in and out of the recording studio. She is also available for that personal ‘Scream-out!” via the Cameo platform, and has her own informative YouTube channel, Bananas. Her band also have their own official website, infectedrain.com. 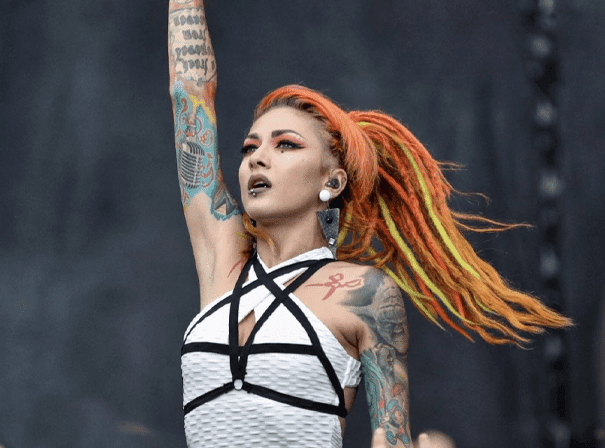