He may not have made his professional acting debut until he was 40, but Leslie David Baker achieved the kind of success many actors spend a lifetime searching for when he was cast as Stanley Hudson in The Office, the NBC version of the British sitcom that won the Primetime Emmy for Outstanding Comedy Series. Baker appeared in all nine seasons and nearly 200 episodes. In 2020, he revealed plans to crowdfund a spin-off centred around his character, Uncle Stan.

Baker was born in 1958 in Chicago. A graduate in both psychology and administration, he spent the early part of his adult life working in a variety of jobs including teaching special education and working in public health. A keen part-time actor, he also appeared in television adverts for office supplies outlet OfficeMax — an uncanny portent of what was to come.

In the late 1990s, Baker relocated to Los Angeles to pursue a full-time career in acting. He made his first appearance in 1998, in an episode of Lifetime sitcom Maggie. The following seven years saw him build an impressive resume with roles in comedies such as Malcolm in the Middle, That ‘70s Show, and Scrubs. In 2005, grumpy from being stuck in traffic, he auditioned for the part of the similarly grouchy Stan in The Office and became part of sitcom history. Keen to remain diverse, Baker has also taken on a variety of roles over the years, one of the most recent being the voice of Rufus the bulldog in Disney Junior cartoon series Puppy Dog Pals. 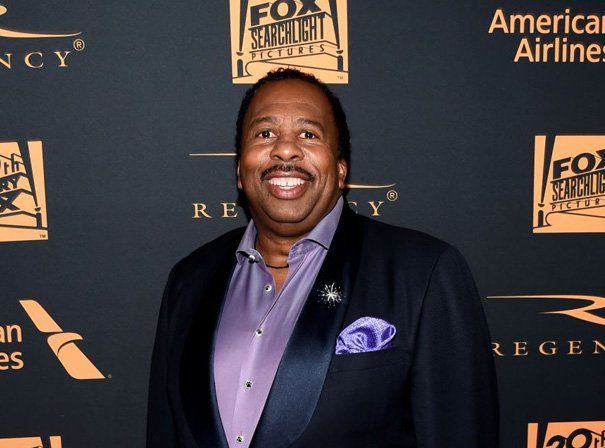