Breakthrough artist and drummer Luke Holland is shaking up the industry. Throughout his exceptional career, Holland has featured as a session drummer for some of the most prominent artists around. With a groundbreaking 105 million views on YouTube, Holland’s impact leaves a lasting impression with fans and critics alike. Born and raised in Peoria, Arizona, Holland discovered his passion for drumming at ten years old. Self-taught, Holland played for his high school marching band before playing for local band Oceans Will Part. Not long after, Holland launched his YouTube account, which soon garnered support from the likes of Josh Chomik. Now one of the most sought after drummers in the world, Holland has a long and thrilling career ahead of him.

Rarely forgotten in the drumming press, Holland has been voted as one of Alternative Press’ Drummer of the Year and Modern Drummers’ Up and Coming. He has been a member of the metalcore band, The Word Alive, contributed to the Punk Goes Pop Vol 6 album and worked as a session drummer for the I See the Stars album, Treehouse. Amongst many outstanding projects, Holland is one of the most revered musicians around. More recently, Holland has featured on Hollywood’s Jeremy Renner’s single, Main Attraction and drummed throughout Starset’s album Divisions. With a wave of regular collaborations including CXRD, Reo Cragun, Ichika Nito and Halsey, Holland is building a phenomenal legacy in the industry. 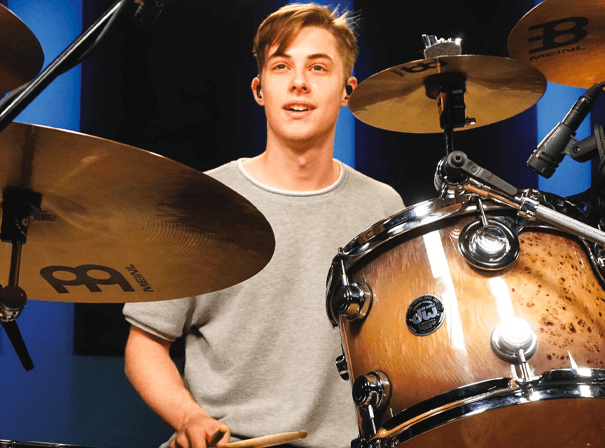