Madison Wyborny is a model, stylist and reality television star, having appeared on Netflix’s Too Hot To Handle in 2020.

Based in Los Angeles, Wyborny is a hugely successful model who has flown around the globe and worked with the biggest clients in locations such as Mexico, Europe and across America. She has amassed a huge social media following with fans all over the world, and now has more than 180k followers on her Instagram page where she regularly posts updates, selfies, workout pictures and behind the scenes snaps. In 2020, her profile was raised even further thanks to an appearance on dating reality show Too Hot To Handle, which aired on Netflix. In the show 10 hot young singles have to live in a house together in an exotic location but resist the temptation to get physical with any other housemates, or risk the $100k prize money being reduced. Wyborny was a huge hit on the show, coming in as a late addition to the house and stirring up trouble among the rest of the cast with her outgoing personality and beautiful looks.

With rumours circulating about her relationship with a fellow Too Hot To Handle castmate after the show finished, it seems Wyborny is destined to stay in the spotlight as an influencer and celebrity. She continues to model and travel the world, and inspires other aspiring models and stylists to pursue their dreams. 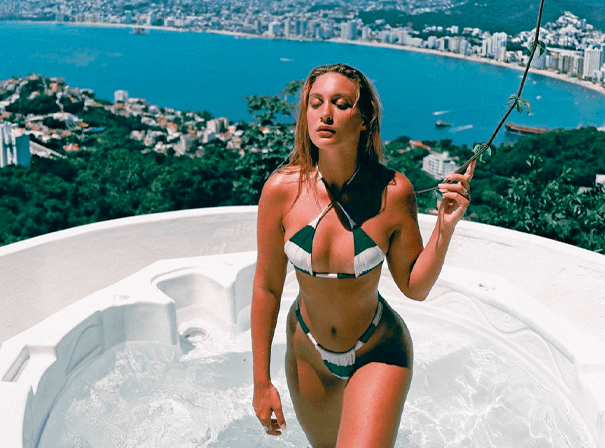