The incredible and inspirational Maggie Nichols is an award-winning former collegiate artistic gymnast. She was the ninth NCAA gymnast to compete a Gym Slam, and the first to have achieved it twice. She was awarded the Arthur Ashe Courage Award in 2018 for coming forward about her sexual abuse experiences at the hands of a team doctor, the subject of which was later highlighted in the Netflix documentary Athlete A, and the HBO documentary At the Heart of Gold. In 2019 she was presented with the NCAA Inspiration Award, and the Honda Sports Award.

Born and raised in Minnesota, Nichols was prolific at gymnastics from a young age. She was competing in Junior Elite from 2011, winning four Gold medals, four Silvers, and three Bronze. In 2012 she was added to the national team, and won two Bronze at the American Classic in All-Around and vault, and a Silver in balance beam. Her senior career took off in 2013 where she competed in the City of Jesolo Trophy, finishing first with the team and second in the floor exercise. She went on to claim five more Golds in Team, one more Silver, and eleven more Bronze over the next two years. Her final year, 2016, saw a further Silver medal from the American Cup, before she announced her retirement from elite gymnastics, prior to starting her NCAA career at the University of Oklahoma.

Nichols committed to the Oklahoma Scooners women’s gymnastics team with a full athletic scholarship in 2015, and made her collegiate debut in 2016. She went on to claim an incredible twenty-three medals at the Big-12 Championships and the NCAA Championships in 2017, 2018 and 2019, which amounted to four Team Golds, three individual Golds in the All-Around, two Golds in the vault, four Golds in uneven bars, one Gold in balance beam, and two Golds in floor exercise, as well as one Team Silver and four individual Silver, and a single individual Bronze.

Nichols regularly connects with her legions of followers and fans through Instagram, and Twitter, posting pictures and videos about her life around gymnastics. She is available for that personalised shout-out via the Cameo platform, and has a dedicated YouTube channel, Maggie Nichols. 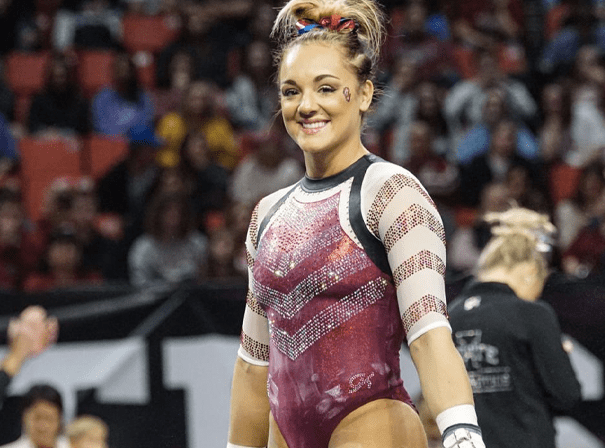