Born and raised in Cuba, Larduet began competing in gymnastics at a young age. He first made his mark at the age of 17 when he took Silver in the floor exercise at the 2013 Pan American Championships. He went on to have an incredible medal-winning career, picking up four Golds and five more Silvers at the Pan American Championships in 2013, 2014 and 2018 in vault, parallel bars, all-around, horizontal bar, pommel horse, and floor exercise. The Pan American Sports Festival saw him gather two Golds and four Silvers in 2014, while he has claimed an incredible 14 medals at the Central American and Caribbean Games in 2014 and 2018, among them five Golds. But his greatest achievement was his double-medal winning appearance at the 2015 World Championships in Glasgow, claiming Bronze in the horizontal bar, and Silver in the all-around. 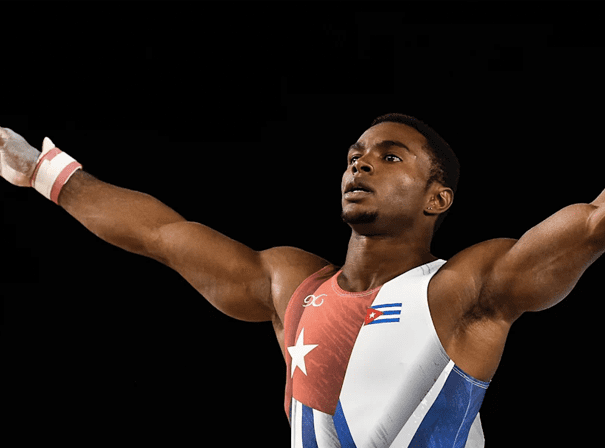