Marc Rizzo is a household name as far as metal heads are concerned, known as a fantastic shredding guitar player, impressive musician, and one of the primary members of hit metal band Soulfly. His latest and most popular record, Legionnaire, showcases his incredible range of skills with roots in metal, classical and even flamenco styles.

Beginning his career as lead guitar and cofounder of the incredibly successful metal band Ill Nino, Rizzo toured the world and recorded a multitude of albums with the band, before joining Soulfly in 2003, playing on their fourth record and every release since, while simultaneously recording and touring with fellow band Cavalera Conspiracy, featuring Sepultura brothers Max and Igor. Rizzo also has his own Death Metal project, titled Inpsychobleedia, and released his first solo record, an instrumental album titled Colossal Myopia under the same project name. With the success of his solo work combined with the fan base he had built up while playing with other bands, Rizzo completed his first US headliner tour in 2007 to sold out venues. As a result of his success, he was also endorsed by Peavey and Yamaha, and worked extensively with Peavey to give talks and clinics across the globe. He was also later endorsed by B.C Rich, who produced a seven string Stealth guitar model specifically for him, before being made available to the public in 2010. In 2020, Rizzo started his new death metal side project Revenge Beast.

When not playing music, Rizzo is a fitness enthusiast, and was a standout athlete in his younger days. While on tour, he trains regularly with weights and keeps a strict diet. 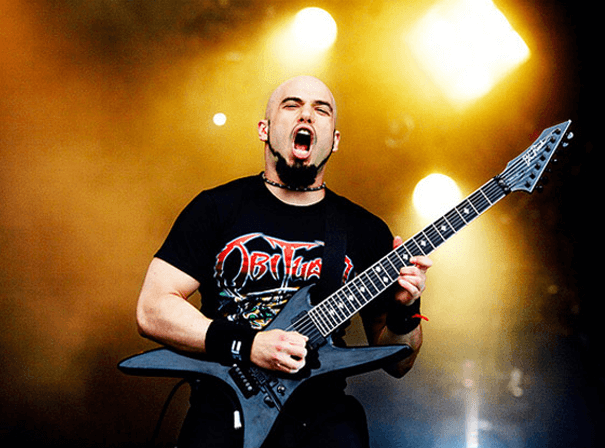