Super petrol head Marco Andretti is the third generation of the famous Andretti racing family. He drives the No. 98 car for Andretti Herta Autosport in the IndyCar Series. He has run over 236 races in his 15-year career, and is regarded as one of the top drivers in the world today. He has had 2 wins, 20 podiums and 6 poles to date.

With Andretti’s father, Michael, being an IndyCar champion, and his grandfather, Mario, famous for winning the Formula One Drivers’ Championship in 1978, it wasn’t long before Marco himself wanted a taste of the high-octane life. Barely out of High School, he took part in the 2005 Star Mazda Series and made six starts in the Indy Pro Series. His impressive driving skills soon caught the eye of motorsports journalists, hailing the new member of the Andretti racing family as one to watch. Indeed, he made a Rookie of the Year performance at the Indianapolis 500 in 2006, becoming the third Andretti to finish in the Top 5 in that competition. In the same year, Andretti, at just 19, became the youngest winner of a major open-wheeled racing event with an Indy Racing League victory at Infineon Raceway in California. It established him as the 2006 Bombardier Rookie of the Year.

Aside from IndyCar racing, Andretti has tested Formula One for Honda Racing F1, has driven in the America Le Mans Series, and has taken part in the GRAND-AM Rolex Sports Car Series. He raced for A1 Team USA and competed for Andretti Autosport in Formula E.

Friendly, likeable and gracious, Andretti has a huge following on social media, and regularly posts about his life on and off the racetrack. 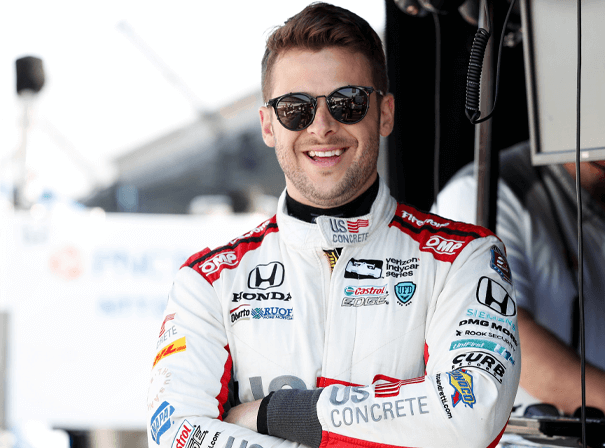