During his highly successful playing career, Argentinian striker Mario Kempes was known as “El Matador”. His goalscoring prowess saw him find the net 320 times in 600 appearances for club and country. When Argentina won the 1978 World Cup, he scored twice in the final and became one of only three players in the tournament’s 90-year history to have won the tournament, the Golden Boot for top scorer and Golden Ball for best player. He worked as a manager for many years and remains in demand as a pundit for Spanish ESPN. Latin American FIFA players will recognise him as one of the iconic computer game’s commentators.

Kempes’ playing career began in the early 1970s. He came to prominence during three seasons with Argentinian Primera Division club Rosario Central, scoring 85 times in 105 games, a stunning average. La Liga club Valencia tempted him to Spain in 1976, and he produced similar results for them, with 125 goals in 187 appearances. With them, he won the Copa del Rey, UEFA Cup Winners’ Cup, and UEFA Super Cup. In 1978, in addition to his World Cup treble glory, he won the Ballon d’Or, one of the oldest, most coveted awards in Soccer.

Kempes’ domestic career last nearly quarter-of-a-century, and he remained an instinctive goalscorer throughout. As a manager, he led numerous clubs in Indonesia, Albania, Bolivia, and Italy. Since 2002, he has focused on punditry and voiceover work, but his place as one of the true Argentinian greats is assured. In 2015, nearly 20 years’ since he stopped playing, the Argentinian Soccer Association named him in their Team of All-Time. 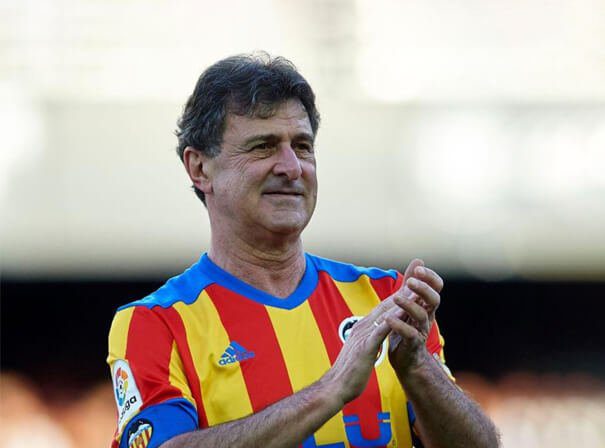