Baseball and broadcasting legend Mark Grant has been lighting up national television since the 1980s. Throughout his phenomenal career, Grant has played for the San Francisco Giants to the California Angels. Making his debut with the Giants in 1984, Grant’s astronomical rise through the ranks began. Towards the end of Grant’s triumphant sporting career, he would first set the radio waves on fire with his unique radio hosting skills with “KFMB-AM.” It was with the station Grant would begin to establish his rise to the broadcasting king he is today.

Earning the nickname “Mud,” Grant continues to honour his sporting legacy. Recognised for his humorous on-air antics and wonderful insights into the game, Grant has created a signature style throughout his broadcasting career. Grant’s breakthrough moment came when he began working for “Channel 4 San Diego” in the Padres’ TV broadcast booth. He became an instant fan-favourite with his witty and enthusiastic commentary. As Grant’s profile began to soar, he soon signed on to the regional television network “Fox Sports San Diego.” Exercising his colour commentary alongside the famed play-by-play announcer Dick Enberg, Grant continued to develop and master his skills.

Currently, Grant can be found in the booth giving his thrilling TV colour analysis for the San Diego Padres. With regular contributions to San Diego’s “XX Sports Radio” and 101.5KGB FM’s “Dave, Shelly and Chainsaw” show,” Grant is not one to be missed. 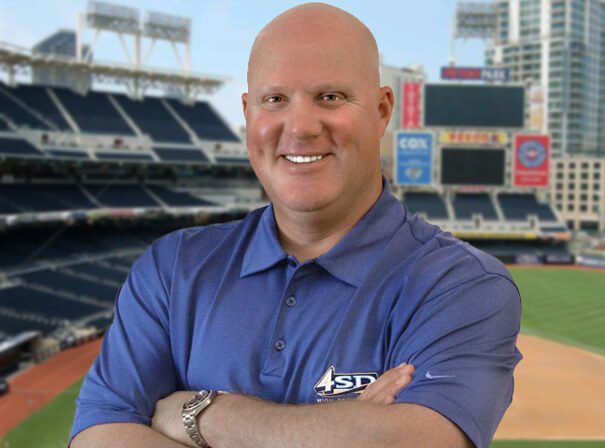