Mary Beth Barham is a professional American field hockey player hailing from Fairfax, Virginia. She showed great athletic prowess from an early age and played both field hockey and soccer at W.T. Woodson High School, before pursuing her love of hockey. Mary Beth led the school team to becoming Liberty District Champions in 2006, 2007 and 2008, as well as Northern Region Champions in 2007. She was named Team MVP in 2008, as well as to second team All-Virginia State and first team All-Northern Region.

Given her outstanding high school performance both on and off the field, there is no doubt that Mary Beth was accepted into one of the most prestigious universities in the country, Yale. She received the Yale field hockey’s Coach’s Award in 2010, her Sophomore year, as well as captaining the Mid-Atlantic team in the Junior National Championships. She was named to second team All-Ivy League her junior year, before making it to first team All-Ivy League in her senior year. Both Mary Beth and the Yale field hockey team excelled that year, setting a school record for winning 20 Ivy League games in four years. Mary Beth was named Yale’s Player of the Year, received the Coach’s Award once more, and tied second on the team in goals scored.

In 2015 she both made the US Women’s National Indoor Team, and returned to her alma mater as assistant coach to the Yale field hockey team. The following year Mary Beth was promoted to recruiting coordinator, and also won gold in Austria at the International Rohrmax Cup. 2017 was a big year for the hockey star as she made the US National Team, and won another gold medal, at the Indoor Pan American Cup in Guyana. 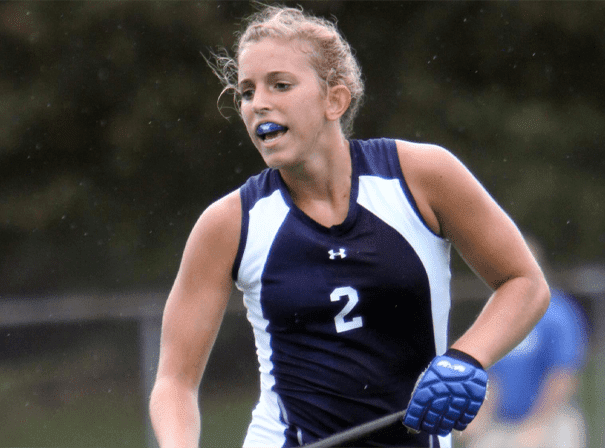