Matt Sweeney is a singer, vocalist, and producer from the United States who is best known for his work with Skunk, Chavez, and the supergroup Zwan. Sweeney’s career has taken him through many different musical styles. He first appeared on Cat Power’s The Covers Record in 2000, playing guitar on “Salty Dog” and two Bonnie “Prince” Billy singles (percussion on “A Whorehouse is Any House” and guitar and vocals on “Little Boy Blue”). In 2001, he formed Zwan with Billy Corgan and Jimmy Chamberlin, and began playing and writing with them.

On the soundtrack for the film Spun, Sweeney collaborated with Billy Corgan, singing the film’s opening song, a cover of Iron Maiden’s “Number of the Beast.” Bonnie “Prince” Billy’s Ease Down The Road album featured him as a guitarist and backing vocalist. Sweeney assisted Dave Grohl in putting together the all-star heavy metal album Probot. He worked with Zwan from late 2001 to 2003, recording and touring with the band. On Zwan’s album Mary Star of the Sea, he is credited with supplying guitar, vocals, and some songwriting.

Sweeney played guitar with Bonnie “Prince” Billy for many tours in 2004 after Zwan’s breakup. Superwolf on Drag City, their collaboration, was released in January 2005. Sweeney and Bonnie toured the United States and Europe in support of the Superwolf album. Sweeney collaborated with El-P on his 2007 album, I’ll Sleep When You’re Dead, alongside Omar Rodrguez-López and Cedric Bixler-Zavala of Mars Volta. Sweeney founded The Brill Sisters with Andrew W.K. and producer Don Fleming in early 2009. On April 2, 2009, they held their first show (without Fleming) at Santos Party House. On April 21, the whole group performed. In 2016, Sweeney toured with Iggy Pop, Josh Homme and Matt Helders to support their album Post Pop Depression. 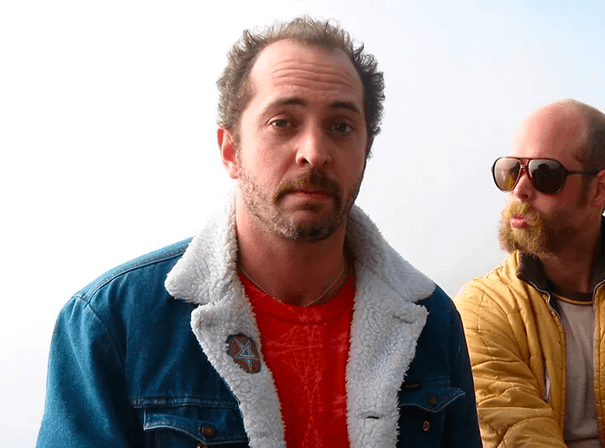