One of the many professional golfers available thought MN2S is Mathew Fitzpatrick, a hugely exciting talent in the world game. Mathew is a super young star who is very much on the rise and as such now is the perfect time to have him as a brand ambassador, after dinner guest speaker or host for any sporting or charity event. He is still in his early 20s and hails from Sheffield. In August 2013 he picked up the fine accolade of being the first Englishman since 1911 to win the US Golfing Association’s oldest trophy, namely the US Amateur Championship which he picked up at the County Club in Brookline, Massachusetts.
Just before that, Matthew finished as the first placed amateur at the 142nd Open Championship, overall finishing in joint 44th place. Already having proven he is more than able to cut it with the best of the pro world, Matthew played a fine few rounds at the 2014 Masters at Augusta then ended up in joint 23rd at the PGA Tour’s Heritage event shortly after. He became a member of the European Tour in great style when he picked up three birdies in the final qualifying, leaving him in a fine 11th place at the end. Now closer than ever to joining the tour, he has been runner up at events in Switzerland and the Czech Republic recently so is right on the cusp of breaking though. For an informed view on what it takes to make it as a golfer, there are few better placed speakers than Matthew Fitzpatrick. 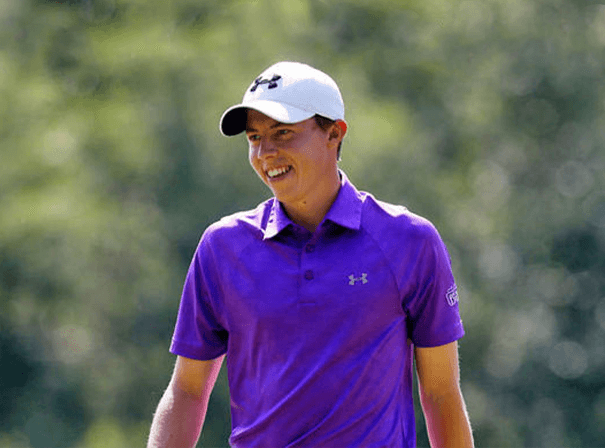