Matty Mullins is a singer and songwriter from the United States. He is the lead singer of the Memphis May Fire metalcore band. They have released several studio albums together including, Sleepwalking (2009), The Hollow (2011), Challenger (2012), Unconditional (2014), This Light I Hold (2016), and Broken (2018). Mullins is Memphis May Fire’s principal songwriter. His songs frequently address both his personal and professional experiences as a musician, as well as his religious convictions.

Mullins has a very collaborative history. “Woe, Is Me,” “Hands Like Houses,” “Sleeping with Sirens,” “For Today,” “Spoken,” “Nowhere To Be Found,” and “Yellowcard” all feature him as a guest vocalist. He performed as a part of the Vans Warped Tour in 2013. Mullins released a self-titled solo album in 2014, which debuted at number 66 on the Billboard 200 chart. His other solo albums include 2017’s “Unstoppable,” and 2020’s “No Hold On Me.”

Mullins debuted On Point Pomade, a men’s grooming line, in 2016. It was born out of the frustration he felt about trying to find the right hair products for him, but they weren’t available – so he created them himself. He is an active volunteer with his wife Brittany’s peer-to-peer mentoring organization, Beneath the Skin. The organization has the goal of providing genuine connections to lonely young women through peer-to-peer mentorship. You can follow Mullins on social media where he boasts an impressive 283.5 thousand followers on Twitter, and 304 thousand followers on Instagram. 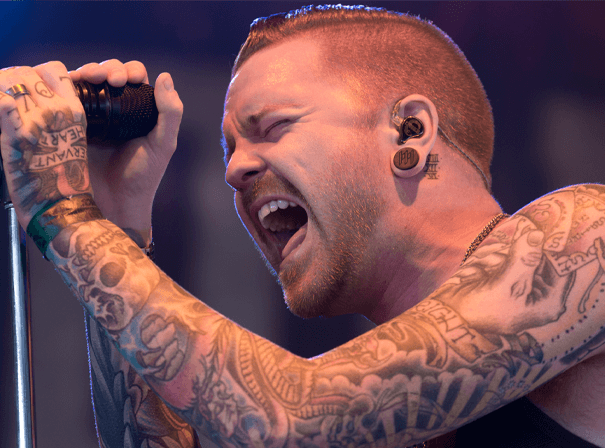