Fast-paced Argentinian striker Mauro Icardi recently won his second Ligue 1 title with French giants Paris Saint-Germain. He joined the club on loan from Inter Milan in September 2019 but made the move permanent six months later after helping PSG win a Ligue 1, Coupe de France, and Coupe de La Ligue treble. He also featured in their UEFA Champions League campaign (they finished runners-up). During his time in the Italian Serie A, he developed into one of Europe’s most exciting players, being named Serie A Footballer of the Year in 2018 and also winning the Serie A Goal of the Year.

Icardi was born in the city of Rosario in northeast Argentina in 1993. However, he began his footballing career in Spain aged nine, first with now-defunct fourth-division side UD Vecindaria and then with Barcelona’s youth academy. However, after a loan move to Italian Serie A side Sampdoria became permanent, he made his senior league debut with them in 2012. He won a regular first-team place and was soon attracting offers from other big teams. The offer of playing for Inter Milan was too good to resist and he joined them in the summer of 2013, being given the prestigious number-nine shirt in the process.

Icardi came into his own with Inter, being named team captain and winning the Capocannoniere (now known as the Paolo Rossi Award) for top Serie A goalscorer twice. He ultimately played for Inter Milan in over 200 matches, scoring 124 goals in all competitions. At the start of the 2019-20 season, he moved to PSG and immediately made an impact, scoring 12 times in 20 games. 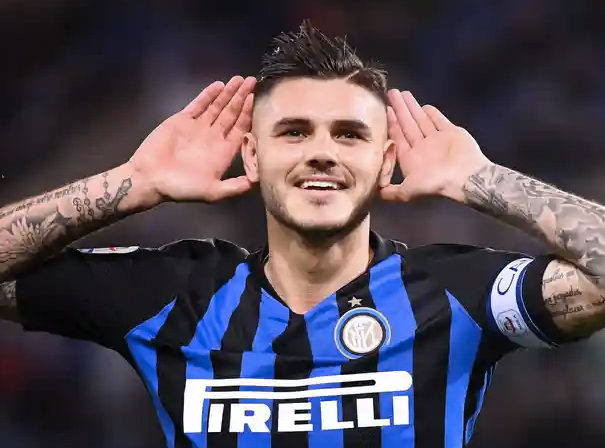