Maya Hawke is the daughter of Uma Thurman and an up and coming actress. At only twenty-two years old, she has already found herself in big roles such as Jo March in the 2017 adaptation of Little Women, and Flowerchild in Once Upon a Time…In Hollywood. However, she is best known for playing Robin in Stranger Things during the third series of the show.

Hawke has only recently began her acting journey, starting it off with a bang when she landed the role of Jo March in 2017. She starred alongside other up and coming talents as well as stars, Angela Lansbury and Michael Gambon. She has had several other small roles since, including a role in the short, A Brief Lesson on Inheritance, and the thriller film, Ladyworld. She also appeared in Tarantino’s latest masterpiece, Once Upon a Time…In Hollywood alongside huge stars like Margot Robbie and Leonardo DiCaprio.

However, Hawke is definitely most recognised thus far for her role in Stranger Things. She quickly became a fan favourite with her funny one-liners and her comedic duo with Steve Harrington, played by Joe Keery. She has only appeared in one series of the show so far, but fans of the Netflix classic are itching to see more of her character in the upcoming fourth series.

Hawke has become a social media sensation, with over three million followers on Instagram. She often posts about her upcoming projects and photos from magazine shoots, but she also campaigns for various causes and shares details on how others can get involved. 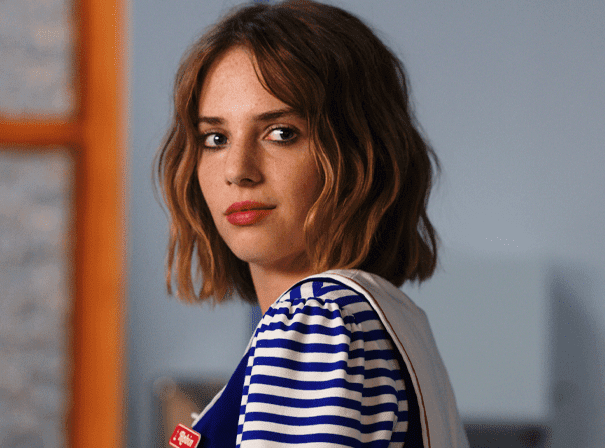