Pioneer of “lit-hop” MC Lars is a trailblazing rapper, producer and cartoonist who was one of the first rappers to sample emo, pop punk and post-punk bands. Credited as one of several people to have introduced the term “iGeneration” in 2003, he is the CEO and founder of his own independent record label, Horris Records. Lars has worked with the likes of Wheatus, “Weird Al” Yanjovic, Suburban Legends and Bowling for Soup’s Jaret Reddick, and he has opened on stage for Snoop Dogg, Lupe Fiasco, T-Pain, Bowling for Soup, Fightstar, I Fight Dragons, Wheatus, Nas, the Matches and many more.

Born Andrew Nielsen in Oakland, California, Lars began to make hip-hop tapes when he was still a child. After a stint playing guitar in a punk band, he went to college at Stanford where he continued to create desktop productions and developed his own eclectic pop-culture-orientated style. His home-studio raps began to get noticed thanks to word of mouth and Lars performing boisterous and explosive live gigs, and in 2003 he dropped Radio Pet Fencing. A tour of the UK and US soon followed; along with 2004 EP Laptop which began to introduce stronger melodies along with samples of more notable rock tracks. Cuts including ‘Signing Emo’ and ‘iGeneration’ quickly gained popularity with mtvU viewers and downloaders, and his use of samples by the likes of Fugazi, Supergrass and Iggy Pop became his signature sound.

From 2004 onwards Lars star continued to grow Horris Records, his independent record label. He has since used his own label to experiment creatively, releasing studio albums Lars Attacks! (2011), The Zombie Dinosaurr LP (2015) and most recently 2020’s The Bible LP. 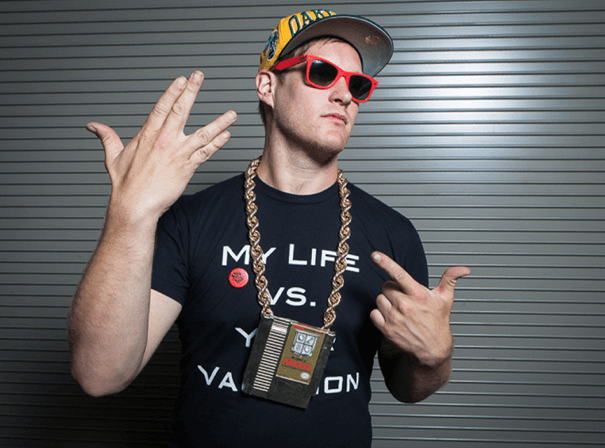