Mehmet Cengiz Öz is an immensely accomplished surgeon with a career which has extended to the worlds of television, academia, and publishing. Widely known for his professional persona Dr. Oz, he first gained public acclaim through his appearances on The Oprah Winfrey Show as the in-house health consultant. From there, Dr. Oz’s expertise, particularly in his suggestions for alternative treatments, as well as his informative articulation of complex medical issues meant that he quickly made a name for himself in the public sphere.
After five seasons, his popularity on The Oprah Winfrey Show resulted in the production of The Dr. Oz Show, which has won a myriad of awards including several Daytime Emmys. Far from stopping there, Dr. Oz would go on to feature in a long list of television shows across multiple leading networks, whilst also maintaining a prominent place in the worlds of both traditional and alternative medicine. He’s written over a published books, all focused on guiding the reader through clear and nuanced medical advice, many of which have made it to the New York Times Bestsellers list.
Dr. Oz joined the Department of Surgery at Columbia University as a professor in 2001, and from there went on to become the Director of the Cardiovascular Institute and Complementary Medicine Program within the New York-Presbyterian Hospital. Amidst his many prestigious accolades and awards, Dr. Oz was featured in Time Magazine’s “100 Most Influential People” in 2008, and pronounced a “Global Leader of Tomorrow” by the World Economic Forum. The list of Dr. Oz’s achievements in both the media and the health community only continues to grow by the day, with no sign of slowing or compromising on the quality and dedication he’s become known for. 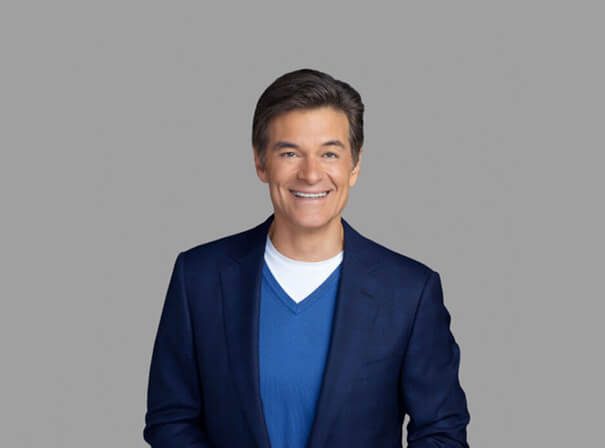