Coined “The future of blues” by the Chicago Reader, Melody Angel is an up-and-coming musical artist hailing from the south side of Chicago. So far, she’s headlined Blues Fest for three consecutive years and has been featured in the Chicago Mag.

Angel’s musical journey began at the age of seven when her mother brought home a Fender Stratocaster guitar from a pawn shop. Now, she brings that guitar with her all around the world, whether she’s performing in Chicago or Australia’s Byron Bay Bluesfest. Some of Angel’s earliest fans know her from Rosa’s Lounge in Chicago’s Logan Square, given she’s performed there regularly for years, while others know her from her viral YouTube covers, ranging from artists like Michael Jackson, Tupac, to Lauryn Hill; to date, her cover of “Killing Me Softly” has amassed nearly 700K views. Her following spiked when she appeared as a contestant on the MTV reality series, Starmaker, from executive producer, P. Diddy.

Additionally, Angel has also dabbled in acting. When she responded to a gig for a guitarist at Goodman Theatre, the director ended up calling her to the stage and casting her in the play, Father Comes Home From the Wars. Following that success, she got in touch with an acting agent, and subsequently, landed a part in the play, For Colored Girls Who Have Considered Suicide/ When The Rainbow is Enuf, as well as the short film, Knockout—also known as “Best Picture” at the 48 Hour Film Fest. She even made her own biographical documentary on YouTube entitled Black Girl Rock.

Now, Angel has released three studio albums; her most recent work, In the Fire, delves into social commentary, especially with her critically-acclaimed track, “In This America.” In 2020, she spends her time creating music vlogs on her Patreon. 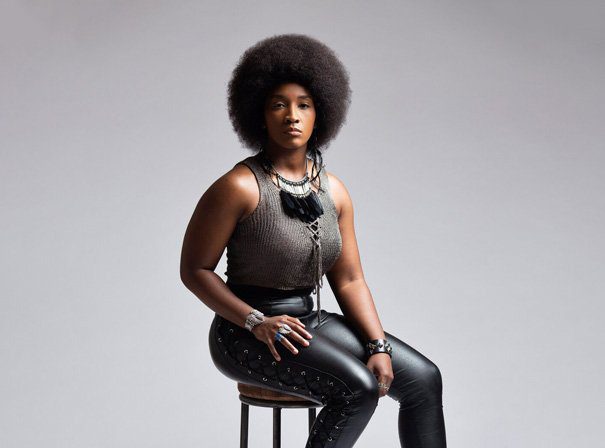