World-class professional footballer Memphis Depay plays as a forward for the Netherlands national team and La Liga side Barcelona. A tricky and pacey player, the strong, fast forward is a difficult opponent for defenders to play against and has been compared to the legendary Cristiano Ronaldo. Also known for his free-kick ability, he was the best set-piece taker in the whole of Europe during the 2014-15 season. A part of the young Netherlands team which won the under-17s 2011 European Championship, he made his breakthrough performances on the international stage at the 2014 FIFA World Cup, helping the Netherlands come third in the tournament. The talented forward also represented his country in UEFA Euro 2020 and scored his first international hat-trick in September 2021 against Turkey in a 2022 World Cup qualification match.

Born in Moordrecht, Netherlands, Depay kicked off his professional career at PSV Eindhoven, and he scored 50 goals in 124 games becoming an integral part of the team under the influence of coach Phillip Cocu. He then became the top scorer in the Eredivisie during the 2014-15 season scoring 22 goals in 30 games to help the club win the title for the first time since 2008. Named Footballer of the Year for his performances, he caught the eye of English club Manchester United and spent a short spell at Old Trafford before joining French club Lyon.

After four seasons in France, Depay joined Barcelona in 2021 – a club he had aspired to play for since childhood. 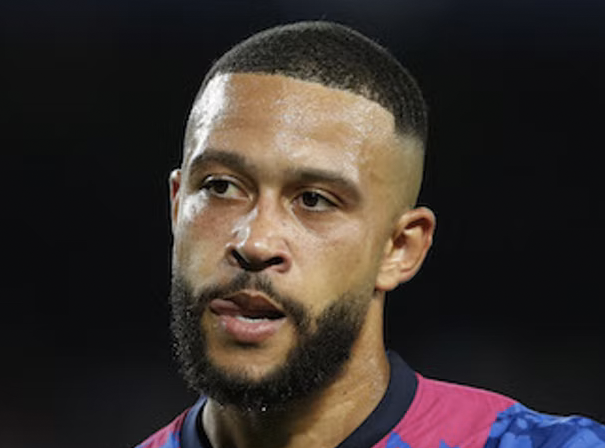